Uneasy is the head that wears the crown

Hot off a sell out run in 2019, and universal acclaim, Ciarán Dowd is back with the latest outing of Rodolfo, the sword-swinging, sex obsessed Spaniard (I think, the accent hasn’t improved in 3 years) who is now King of the British Empire, and things aren’t going well…

Dowd has lost none of his charisma, easily winning the crowd over with his ridiculous antics and mischievous eyes. His wit as a raconteur continues to delight and amuse, as we are taken on a journey through Rodolfo’s path to ascension and what he’s done with it since. It won’t surprise you to hear that the peasants are revolting.

Yet, despite Dowd’s cheeky charm, Rodolfo's braggadocio began to wear as the show went on. An hour of arrogance and sex jokes needs to be balanced with some real laugh out loud moments, and there simply weren't enough of those to elevate the show. While Don Rodolfo (2018) was a non-stop whirlwind of explosive energy, King Rodolfo felt slower, and made an attempt to flesh out a character whose only preoccupation is flesh. I’m just not sure it worked.

Performing at 21:50 in Pleasance Dome, King Rodolfo is a convincing return of the nationally ambiguous scallywag, but the weight of responsibility and expectation is worn heavy, like an anchor to a ship… or a child to a philanderer. 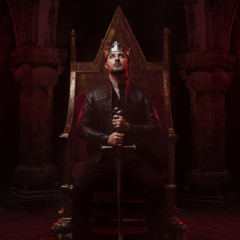 Uneasy is the head that wears the crown