An unexpected venture into an eclectic mix of sounds, all brought together by Jacob Slater's untamed and elemental vocals

The Debut EP from the alias of the ex-frontman of The Dead Pretties, Jacob Slater, results in an unexpected musical adventure. The EP opens with its title track, a song with tight, bluesy riffs, soulful vocals, and a melody so catchy that Jacob Slater’s tale of betrayal is guaranteed to follow you around for days. 17 brings a much-needed tenderness to the EP. It’s the oldest song Slater still plays live, so it’s uncertain whether this sound will emerge in any further releases, but it’s a gem on this EP nonetheless. Poppy closes the EP with the gloriously expansive sound of shoegaze and psychedelia. Sonically, Leader of the Pack brings to mind 70s and 90s alternative from the likes of Thin Lizzy, Colin James, Metallica and Nirvana, yet Wunderhorse has infused this sound with the modern manifestations of post-punk and psychedelic rock, giving something altogether new, yet connected to its musical roots. An EP that refuses to be tied to genre or mood, instead bound together by the wild elemental rawness of Jacob Slater’s vocals, Leader of the Pack seals Wunderhorse as just that.

Leader of the Pack is out now on Communion 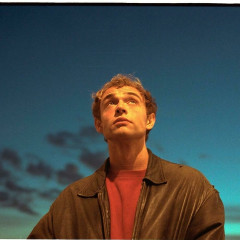 An unexpected venture into an eclectic mix of sounds, all brought together by Jacob Slater's untamed and elemental vocals