This play will surely bring you a lot of comedy, hard cultural differences and take you on a journey of family drama that everyone can relate to in some way.

This play focuses on a recently married couple, Jamal and Shami, that are from separate cultural backgrounds and are beginning to settle into newlywed life. However, their peace is disturbed when Jamal invites his Aunt Della to stay with them for a short time as she is due to start work in the UK. Shami’s sister Hope is also invited to stay with the couple after facing personal difficulties, throwing her life upside down. It takes no time at all before Aunt Della and Shami’s presence cause some trouble for the couple. With Della being very set in her ways of her Jamaican upbringing and Hope having a very prominent African background, the two clash constantly over many things, from a cultural perspective. they challenge each other’s opinions and behaviours time and time again throughout the play. The differences between both Hope and Della also bring drama to our newlyweds, showing issues that the couple face and forcing them to recognise the new responsibilities of being married. Both Jamal and Shami are made to compromise and face some difficult conversations.

Kingston to Jamal’s long time friend and business partner Kingston, who is also the local postman.  Kingston has always been smitten over Hope and the pair had not seen each other since Jamal and Shami’s wedding. Kingston learns some news about Hope that could change their relationship altogether.

Soon, attention is drawn to the fact that Aunt Della is keeping a rather large secret from the family. Hope is the first to find out about the secret and we see many funny encounters between the two as the tension increases. However, Hope herself has a secret  of her own that would make her vulnerable to the family, Aunt Della also uncovers this secret. We see many backhanded comments and snarky remarks. As patience begins to wear thin all around and tension brings everyone to breaking their point, will the secrets be revealed finally? We hope to see relationships mended perhaps stronger than before and the family finally come together in union as things may just work out well for all parties involved. Or will they?

In my opinion the theme of the play was well thought out and effective but the execution could have been better, although the audience seemed to thoroughly enjoy it. If they were to do this play again I would suggest less costume changes as that really slowed the play down and also no music during scene changes because it made the events in the play less connected but I would still recommend it to anyone who celebrates culture just as much as theatre! 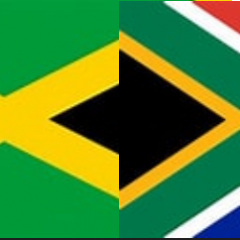 Our family mix up - play review

This play will surely bring you a lot of comedy, hard cultural differences and take you on a journey of family drama that everyone can relate to in some way.