This next single takes you behind the curtain, opening up a personal view into the world of Ariana Savalas. After a two-year break since the release of her debut studio album ‘The Dead Dance’, the singer and Cabaret star has created a touching single in the style of a huge classic rock ballad.

Her latest single ‘What Do You Wanna Know’ is officially out. Delving into themes of vulnerability and realising you haven’t got all of life figured out like you thought you would have 10 years ago. Overall the track feels like a huge release and an acceptance of life’s many obstacles and setbacks.

This latest single will feature as the first release off of her upcoming album ‘Renaissance’. As one of the founding members of internet sensation Postmodern Jukebox, Ariana has had years in the industry, expertly refining her craft.

You can listen to Ariana’s latest single ‘What Do You Wanna Know’ here: 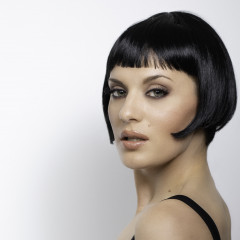 Ariana Savalas reveals new single 'What Do You Wanna Know'