I came to Brighton Youth Centre to play my music for a planned event on Friday.

Also performing was a band called Majanin, which, in my head, is pronounced like the word ‘imagining’ without the ‘i’. If this is right, syllabically it sounds nice.

They played a 20 min set. The band is made up of a singer, bassist, two guitarists and a drummer. I would say their overall music vibe reminded me of Indie- Sleeze with Midwest Emo and all those sub- genres of emo music spanning back to the 90’s we know and love. Majanin seem to give a fresh take on this with their song structures.

The things I noticed were the foot stomp of the bass player- in true Metallica- Robert Trujillo style. In my opinion this is THE only way a bass player should be!

The guitarist’s playing style was so reminiscent of the Indie- Sleaze.

Sections of their songs gave that good old good Midwest Emo ‘American Football’ vibes which I thought worked really well because these guys seemed to be mixing it up a load, kept me interested and keen to listen.

The way they developed and changed their songs almost gave me a Metal-esk feeling.

The half- timed, breakdown bits in some of their songs was really cool to hear, again not what I was expecting but really enjoyable.

In all honesty, I don’t know much about singing or what makes singing good but I liked the parts of their songs where the vocals sounded ‘gritty’. On the whole the singer was smooth and complemented the music well. At points the singer contrasted with the intentional distortion sounds from the guitarists. Her notes were long and sustained from the guitar melodies which was nice because the counter melody from the guitars didn’t clash and kept their songs rich.

Overall the band served multiple purposes for the audience via their instruments. They had a clear sonic aesthetic and executed it well without differing too far from their sound in  short performance time they were given. I would love to see them again playing a longer set to see more variation. 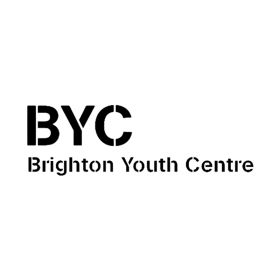 I came to Brighton Youth Centre to play my music for a planned event on Friday.