As part of HOME Manchester's 'Hollywood Blacklistees in Europe' season, a crime classic graced the silver screen once again.

During the latter half of May 2022, HOME Cinema in Manchester had a season called ‘Hollywood Blacklistees in Europe’ that featured films made by or starring individuals exiled from America for supposed communist sympathies. As such, they found their way to Europe where they would reach new heights of artistic expression away from the shadow of the Hays Code (A doctrine that required every film to be safe and sanitary). Such films they featured were Zulu (Cy Enfield, 1964), The Bridge on the River Kwai (David Lean, 1957) and Horror Express (Eugenio Martin, 1972).

Rififi is no exception to this as Jules Dassin, the film’s director, was the blacklisted party who brought together an unknown cast on a shoestring budget to create a masterpiece of film noir. The film itself follows a group of four criminals who band together to pull off an almost impossible task, the robbery of an upmarket jewellery shop in Paris. The parallels between the tension of making Rififi and the fictional crime it depicts are clear from the iconic heist scene that lasts a whole 30 minutes. This scene has gone down as one of the greatest heists in cinema history and it’s not hard to see why. The tension is on full display through visuals alone. There’s no dialogue or music, just the ambient sounds of movement and robbery that leaves you on the edge of your seat.

As part of the season at HOME, the film also had an introduction by Andy Willis, who is a film programmer at HOME and lecturer of Film Studies at the University of Salford. This introduction was fascinating and offered a lot of information about this film and its place within the history of the Hollywood Blacklist.

Overall, Rififi is a true classic of the film noir genre, and you can easily see the influence that this picture has had on every heist film that has been released after. I would highly recommend you take the opportunity to watch this film and just get absorbed into a dark, expressionistic world. 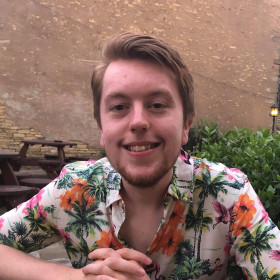 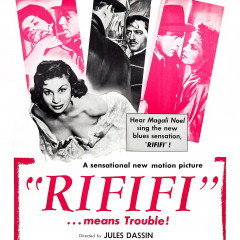 As part of HOME Manchester's 'Hollywood Blacklistees in Europe' season, a crime classic graced the silver screen once again.