This triple bill of audio plays touches on themes belonging, loss, and healing, and delivers a few rather poignant moments over the hour-long runtime.

Fragments is a triple bill of three audio plays written by Emma Zadow, Izzy Radford and Tim Cook. It contains The Search, about a woman who is hesitant to break up with her boyfriend, His Name Was Ryan, about a woman who works in a hospital and has an upsetting experience, and The Woman Who Sent The Nurses Away, about a woman whose grandma passed away.

The themes of belonging, loss, and healing unite the three plays to make a cohesive, hour-long triple bill that makes three very different stories feel like parts of a whole. The Search begins with a girl wanting to go on walk with her boyfriend, who pretty much completely ignores her. After going out by herself and doing some introspection, she realises that she needs to break up with him, but she’s terrified of doing it– scared to be alone, anxious about what might be. Eventually, following events involving a paraglider, she breaks up with her boyfriend, telling him “your trauma is not an excuse.”

The second audio play, His Name Was Ryan, is about a hospital worker. She is working a shift where something has happened with football hooligans, and among the injured as a man bleeding from his stomach. She is trying to stop the bleeding and doing everything she can to help, but it is too late. He dies. Later, she has an encounter with a man named Yusuf. This encounter is rather banal on the surface, and yet, because of what she’s just been through, becomes quite poignant to both her and the audience.

The third and final audio play concerns a woman who has recently lost her grandmother. She reminisces, talking about the times they spent together, occasionally going on tangents about her childhood, mentioning for example the anxieties she had when she was a kid.

All three of these stories are entirely different but connected by their themes. All three are about women going through some sort of loss – whether it be a breakup or a death – and learning how to heal from it, albeit in very different ways. As someone who is relatively new to the world of audio plays, I found that Fragments was not only much more engaging than I’d expected, but it had some rather poignant moments sprinkled throughout that took me by surprise.

The sound design is largely to thank for that. The sound effects are infrequent but are put to great use when they are present – occasional footsteps or sounds of traffic blaring really help add to the immersive experience, and are used well to break up the sounds of the voiceover. Considering Fragments is nothing but people talking for twenty minutes at a time, it is very impressive how it never becomes monotonous or uninteresting. That is, of course, also largely thanks to the voiceovers themselves. The voice actors do a brilliant job of conveying emotion, and it is so much harder than it seems to not sound monotonous when you’re speaking for twenty minutes at a time. They make it seem easy and natural and it never becomes uninteresting, and that is the highest compliment you can get. 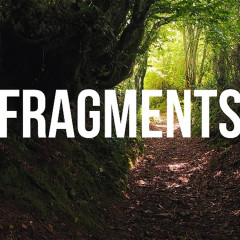 This triple bill of audio plays touches on themes belonging, loss, and healing, and delivers a few rather poignant moments over the hour-long runtime.