Voice MagReviewsReview: The Story of…

Based on the mythical Tower of Babel, we see the disconnection and reconnection of body and words in a mix of Japanese and English. In the opening scene, we see what appears to be a Japanese market and we hear a woman whispering in Japanese. We then see some project mapping on a hand. The hand is first in static grey, which quickly transforms into the ocean as it joins with a regular-looking hand; I thought this was very interesting and creative.

Unfortunately, the piece did not carry English subtitles so I found it difficult to follow the plot fully at times. However, that did not make it any less interesting visually to watch and appreciate. Additionally, some parts of the plot were very clear without the need for English subtitles, such as the voiceover from the 9/11 attacks, and the body being slowly dragged away at the end.

Upon my first watch, I was somewhat confused, mostly as I have never seen anything quite like this. Following that, it made me feel a mix of sadness and bewilderment. It felt like a very emotive piece, especially with the voiceover I previously mentioned, and the very expressive dancing. I do feel that had I known what the actors were saying, I may have been able to understand in a bit more depth though.

The piece is clearly very well put together and you can see how much effort has gone into it. I am amazed by the incredibly clever use of project mapping to replace locations in the piece. I think that the creative dancing added depth to the piece and the use of the transcription from the 9/11 attack really helped tie it all together. Overall, I think this piece is excellent and recommend that if you have a spare moment, watch it. You can book your ticket to do so here: https://www.brightonfringe.org/whats-on/the-story-of-the-tower-164337/ 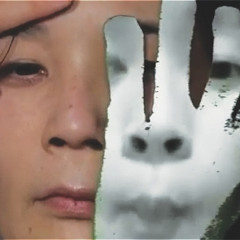 Review: The Story of the Tower by Hirai-Kikaku and Media Kobo (Japan)