The Australian pop duo President Street have announced some big news for fans, involving both a new tour and a brand new release.

Travelling halfway across the world to return to the UK once again, President Street will be supporting Roachford all across the island once again. Starting on the 26th of May in Edinburgh, the tour will be a month-long before ending at Southampton’s The Brook on the 16th of June. The pair will also be playing a show just before the tour at Brighton’s iconic The Great Escape Festival.

President Street will also be releasing a mini-album during the Autumn of this year. With the first single ‘Heal’ to be released on the 27th of May, the album will be centralised on the process of healing and mental well-being.

You can purchase tickets to the tour below: 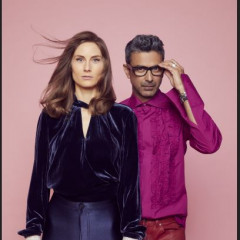 The Australian pop duo President Street have announced some big news for fans, involving both a new tour and a brand new release.