Legendary director Alfred Hitchcock’s 1945 feature is definitive proof that even the best in their field can have a bad day.

Spellbound was released well into Alfred Hitchcock’s career, at a time when he had already released over two dozen feature films. Some of what are now his most acclaimed films had been released years prior to Spellbound, including The 39 Steps and Rebecca, so by this point he was already clearly a master of his craft. This 1945 psychological thriller then is definitive proof that, despite how good a director is and how well-made a film of theirs may be, if the script is bad, it is always going to be irredeemable.

Spellbound comes across as though it was written by somebody who got swept up in the Sigmund Freud hype of the 21st century, read The Interpretation of Dreams, and decided that they must immediately write a screenplay in order to cram into it as many of the ideas they’d just read about as possible.

There is a scene in what is perhaps Hitchcock’s most iconic film, Psycho, when a psychologist recites a long, tedious monologue about the infamous Norman Bates’ mental state. That scene is the only bad thing about Psycho. It feels terribly out of place and unnecessary, and it’s aged especially poorly because it is now basically entry-level psychology, and audiences today already possess knowledge of pretty much everything he talks about. It feels as though it is treating the audience like they’re stupid, and that Hitchcock inexplicably found it necessary to spoonfeed them information about psychology in order for them to understand the plot. Why is there a detailed criticism of a scene from Psycho in a review of an entirely different film, you ask? Well, Hitchcock was clearly fond of psychology, and he obviously enjoyed shoehorning it into his films. Imagine, then, if that banal scene from Psycho was stretched out to almost two hours, throw in an amnesia patient and an embarrassingly unconvincing love story, and voilà: you have made Spellbound.

Spellbound contains several idiotic scenes, with countless bits of pseudo-Freudian dialogue that are good for nothing except inducing tired eye-rolls in the viewer. The entire plot hinges on an amnesia patient (Gregory Peck) figuring out what the memories he has repressed are, all while solving a murder plot and falling in love with the psychoanalyst Dr. Constance Peterson (Ingrid Bergman). It is all way too much. Maybe you can make the argument that Hitchcock couldn’t have possibly known it would age so badly, with half of the psychology in the film being pseudoscientific nonsense, but that does not make it any more watchable.

The direction and performances save Spellbound from being an arguable act of war. Hitchcock’s direction is as good as you could ask it to be, and Gregory Peck and Ingrid Bergman are pretty much as faultless as always. With a script this bad, though, there is nothing the director or stars could have done to save it. It is an absolute slog, filled with pseudo-Freudian nonsense that is spoon fed to the audience in tedious, drawn-out scenes, and despite the decent performances, the romance between the main characters never feels remotely believable. You’re unlikely to even care, though, because the film as a whole is so goddamn stupid that you might simply forget that there’s supposed to be a plot in the first place.

Hitchcock made a lot of films throughout his life. Some of them are among the greatest ever made. Others, like Spellbound, are among the worst. 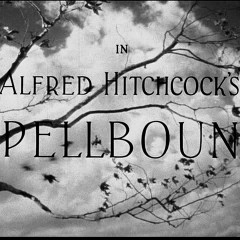 Legendary director Alfred Hitchcock’s 1945 feature is definitive proof that even the best in their field can have a bad day.