Elden Ring is the logical next step for Japanese company FromSoftware, whose previous games include the Dark Souls trilogy, Bloodborne, and Sekiro. Those titles have inspired an entire subgenre of “Soulslike” video games that attempt to emulate the style of combat, mechanics, and world design, so it would be an understatement to say that they have been influential. It seems however that none have been able to surpass FromSoftware’s games except FromSoftware themselves, and their latest release is no exception to that rule.

Elden Ring is an amalgamation of all the best elements of FromSoftware’s games and yet feels remarkably fresh at the same time thanks to the new features they’ve introduced along with the enormous open world. The combat plays exactly like Dark Souls, but takes several aspects from their other games to create a system that is more refined. The level design, despite being set in a large open world, has the interconnectivity that people found so charming about the earlier games, and the story is a medieval “chosen one” type narrative – similar to Dark Souls but incorporates cosmic elements reminiscent of Bloodborne.

The biggest change Elden Ring made to the Souls formula is the massive open world – and it truly is massive. Limgrave, the first area the player character is free to explore, feels like it could be the setting for an entire open world game alone, and there are several more areas just as large that you can discover later on. It really is mind-bogglingly huge, but what’s impressive about that is how it never feels like they simply copy/pasted dungeons or NPCs to scatter around it. Every inch of the world feels like it was designed with attention and care, which will make a massive difference to the replay value and immersion. I honestly cannot comprehend how they managed to make it so enormous and so unique at the same time.

It would be remiss of me not to mention the worldbuilding. As a big fan of fantasy, I was intrigued by Elden Ring from the beginning, especially with the knowledge that George RR Martin – who wrote A Song of Ice and Fire, one of my favourite fantasy series’ – was helping with the story and world.  The lore in FromSoftware games is famously always hidden and sort of secretive, and it’s left up to the player to figure out what is happening by reading item descriptions and paying close attention. It makes for a rewarding experience as you really get out what you put in, and so far, Elden Ring’s worldbuilding and lore has really lived up to the hype.

The game looks incredible too. As someone who only owns a base PS4, I was wary that it may not look great or run all that well, considering the next generation of consoles have been out for a couple of years now. Despite having a PS4 that’s almost a decade old, Elden Ring is probably the best looking game I have ever played.

It hasn’t been out long, but I already feel confident in saying that Elden Ring is comfortably one of the greatest video games ever made. 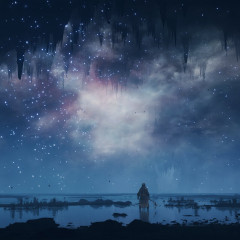