If there were any justice in the world, this 2021 musical would have swept every single awards ceremony.

Though it may not feel like it, we’ve been in 2022 for a couple of months, and there has been plenty of time to catch up on all the best film releases from last year if you’re inclined to do so. I don’t have an awful lot left to see now (I have a list of around fifteen 2021 releases I am yet to watch), but even if I did, I would be confident in saying that I already know what the best film of the year was. In all honesty, if I had watched only this film in the entirety of last year, I would still confidently tout it as the best 2021 had to offer. If the title of this article hasn’t given it away, I am talking about Leos Carax’s Annette, a bonkers musical rock opera that will enthral you for its entire 140-minute runtime, and there’s a very slim chance that you’ll ever forget it, even if you don’t end up loving it as much as I do.

The story concerns Henry McHenry (Adam Driver), a provocative stand-up comedian, and his whirlwind romance with Ann Defrasnoux (Marion Cotillard), a soprano who is adored by fans around the world. Their relationship quickly blossoms into marriage, and eventually a child, the titular Annette. As it turns out, Annette has quite the incredible gift. I will say no more, as words cannot do it justice; it really is something you ought to experience for yourself. I will give an example of its quirkiness, though, just so you can understand why I called it bonkers. In the scene when Annette is being born, all the doctors harmoniously sing “Push, Ann, push, Ann! That’s it!” and once the baby is delivered, Henry McHenry proclaims “Shit, Ann, she seems completely naked,” and Ann laughs hysterically. If it sounds weird, it’s because it is, and it’s consistently weird throughout the whole film, but in the most wonderful and often hilarious way possible.

The music (and the story itself) was written by Sparks, the band composed of brothers Ron and Russell Mael. Anyone who knows the Sparks brothers probably won’t be surprised that Annette is such an odd film, as they have been around since the 70s and have long been known as unashamedly quirky and unique. They have long been one of the most influential bands that have gone largely unappreciated, although 2021 was a great year for them, not just because of Annette but because of Edgar Wright’s documentary The Sparks Brothers. Wright said that he wanted to make it because Sparks were one of the most influential bands that had never had a documentary made about them.

Sparks’ musical style is the perfect match for Annette, and lot of that comes down to their choice for the director, Leos Carax. Carax’s last film was Holy Motors, which was released in 2012, and if you’ve seen that it’s easy to understand why Sparks wanted Carax to direct. His films are just as bizarre as Sparks’ music – if not more so – and their styles complement each other perfectly.

There’s a recent trend in musicals wherein the main characters are played by people who possess merely a passable (at best) ability to sing. In Annette, Adam Driver is the weakest singer of the cast, but considering he is among the likes of Marion Cotillard, who has a wonderful voice and is a singer in her own right, that is hardly an insult. Driver does a fantastic job and his performance as Henry McHenry is one of the best of the year – Martin Scorsese said that Driver is “one of the finest, if not the finest” actors of his generation, and Annette is a prime example of that. There is one scene in particular where Henry McHenry is on stage, performing his provocative stand-up act, and he goes off on a bizarre tangent, claiming that he tickled his wife to death. Those five minutes alone are award-worthy. Speaking of acting, the final scene features one of the most impressive performances I have ever seen from a child actor.

Annette is an ingenious musical, perfectly crafted by Leos Carax and Ron and Russell Mael – some of the finest artists in their respective fields – and it’s so unique that it is absolutely not one to miss, even if musicals aren’t usually your thing. 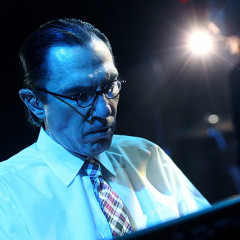 If there were any justice in the world, this 2021 musical would have swept every single awards ceremony. 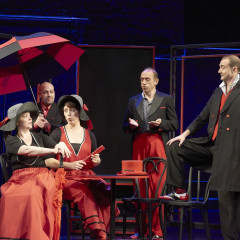