Red Rum Club took over their hometown for a show at The Cavern Club for Amplify Presents.

In partnership with We Make Events and Ladbrokes, a series of gigs took place to showcase both local talent and small music venues. Back in November 2021, Liverpudlian six-piece Red Rum Club took to the iconic stage at The Cavern Club to put on a show filled with passion and pizazz.

The group performed three songs in total, starting with the guilt-ridden pop anthem Vibrate. The song documents the feelings of a one-sided relationship, and when you start to realise you’re just not that into them anymore. Their signature party atmosphere carries through the crowd as a wave of fans dance to this 80s influenced track.

Fran Doran fronts the band, and his cool laid back approach fills the stage, captivating the crowd and the viewer at home before the show seamlessly leads to the next track.

Drenched in blue lights the band showcased a track called Drown. Its playful, summer approach entices dancing as Fran seems to do his signature dance at the mic and a nodding of the head loosens up the crowd. Joe Corby’s signature trumpet playing sweeps across the stage adding yet another layer to an instantly popular track that livens up their short set.

Finishing on fan favourite Would You Rather Be Lonely?, the crowd claps as the beat kicks in on this fluorescent, fun, pop song. As soon as the guitar lines are introduced heads start to sway and hands enter the air to sing the vital chorus that can set any stage alight. Full of energy, the band enter their final chorus as some aptly coloured red balloons appear and start floating around the crowd.

Red Rum Club are one of Liverpool’s much-loved bands and it’s easy to see why. Their enthusiasm and knack for happiness-inducing anthems make this show one of the most important to check out if you want to bring festival energy to your front room. 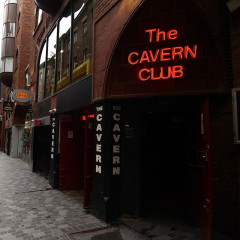 Red Rum Club took over their hometown for a show at The Cavern Club for Amplify Presents. 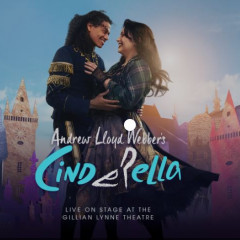