Here is my review of a concert I watched on YouTube during the lockdown. It is a concert by one of my favourite music artists Juice Wrld, performing live in New Your for Rolling Loud.

I liked how Juice Wrld captivated the audience with his performance. He moved around the stage a lot and interacted with the fans, reaching out and talking to the crowd. I also enjoyed the Pyrotechnics, there were sparklers and fireworks coming from the stage. The featuring artists helped to break up the show and keep the audience interested. There were big screens behind the stage where the musicians were projected.

There was an announcer on the stage who also kept the energy consistent, by making shout-outs, introducing artists and interacting with both Juice Wrld and the audience. At one point, the announcer got the crowd to get their phones out and hold them in the air, so all you could see were thousands of little white lights waving in the air which looked very impressive.

For one of his songs Juice Wrld brought his girlfriend up onto the furthest point on the stage and sang a song directly to her. The song is called "Robbery" which is about stealing each others hearts.

Overall, I really enjoyed the concert and would recommend to other music lovers, who have the time and patience to watch a 40 minute concert online.

I think there is a lot to be learnt by watching this performance, including how to have a good stage presence, as Juice Wrld kept the audience captivated by moving round the stage and interacting with the crowd. The visuals and lighting were interesting, there were strobe lights coming from the stage projecting onto the audience. The pyrotechnics and overall energy that came from the performers as well as the audience was very infectious.

It gave me the opportunity to watch performances from artists I wouldn't normally listen to also, as there was lots of features.

Please see the link below to watch: (unsuitable for under 16's) (may contain swearing) 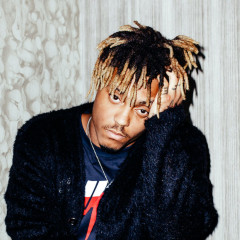 Here is my review of a concert I watched on YouTube during the lockdown. It is a concert by one of my favourite music artists Juice Wrld, performing live in New Your for Rolling Loud.