Alberts’ says “I wrote I BELIEVE as a mantra to remain strong through hard times…I deeply needed a song to sing that would keep my eyes out to the horizon, beyond the storms we face…It’s a reminder to celebrate our differences and see that love really does bridge the gap between them.”

Alberts' signature guitar melody, coupled with his uplifting lyrics, make 'I BELIEVE' a magnetic earworm track. Accompanying the new single, is the official music video, where Alberts’ nostalgically takes us on a visual journey of touring over the years. Leaning in on the power of friendship and human connection.

In the first week of release, ‘searching for freedom’ landed #1 on the AIR Album Chart (Independent Labels) and #5 on the ARIA Top 20 Australian Albums chart. 'searching for freedom' has received praise from the likes of American Songwriter, Atwood Magazine and Rolling Stone France.

Ziggy has been recently awarded another nine new Aria Accreditations in April 2021.This brings his accredited repertoire total to six Gold Singles, one Gold Album, seven Platinum Singles, one Double Platinum single and one Platinum EP. 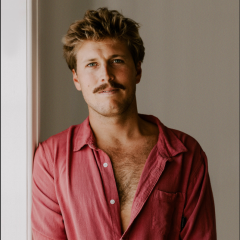