Qian Julie Wang is a graduate of Yale Law School. However, as she describes in her memoir, she had a difficult start in life. When Qian was seven years old, she moved from China to New York City with her Ma Ma (mother) and Ba Ba (father). Thus began her life as an undocumented US citizen. In her memoir, Qian recounts her battle with hunger and loneliness at school, as well as her parents’ struggle to make ends meet. Unable to work legally, she and her Ma Ma and Ba Ba were forced to labour in sweatshops and sushi factories. Qian’s memoir offers an unforgettable account of what it means to live under the threat of deportation.

Beautiful Country is an extremely emotional and heavy memoir. Throughout the story, Qian encounters numerous xenophobes and racists, all of whom see her and her family as less than human. But, what makes Qian’s memoir even more so heartbreaking, is the fact that it is told through the lens of her childhood self. Qian’s time in school is particularly difficult to read about. With her limited English and free school lunches, she was an object of insulting gibes. However, it was not just Qian’s peers who taunted her but her teachers too. When she would hand in essays to her white school teacher Mr Kane, he would accuse her of plagiarism and mock her choices of clothing. Mr Kane found it impossible to believe that a girl like Qian could be intelligent. By recounting such painful instances in her life, Qian opens our eyes to the harsh treatment faced by many immigrant children.

However, Qian overcame all that she was faced with, leaving her readers with a positive message: cling on to your dreams no matter your circumstances. Qian had always dreamed of graduating from Yale Law School, but her teachers repeatedly told her that her dream would never come to fruition. After years of studying and teaching herself English,

Qian is now managing partner of a law firm dedicated to advocating for education, disability, and civil rights. Her resilience is truly inspirational.

Elegantly written, Beautiful Country lingers in your mind long after finishing it. 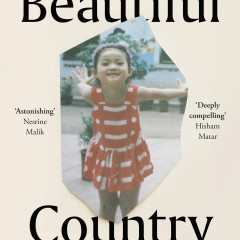 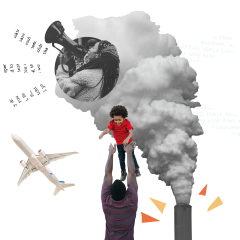