Netflix and Sky have announced a new fellowship programme that will offer BAME writers a paid opportunity to enter the film industry.

Netflix and Sky’s new initiative will include a bursary of £22,568 to write a spec script for an original idea over the course of a year, monthly development events and workshops, and a paid placement in the writers room of a Netflix or Sky series.

The fellowship is aimed at Black, Asian and other racially and ethnically underrepresented writers to “encourage a greater diversity of voices among new writers”.

The scheme is the brainchild of screenwriter Bisha K Ali, who has written for popular shows such as Netflix’s Sex Education and Disney+’s upcoming series Ms Marvel. Ali said:

“This industry holds many barriers to entry and unfortunately the true price can be insurmountably high when the hidden costs add up. This fellowship will create a substantial financial safety net for underrepresented writers whose voices and stories are vital and incredibly valuable, and who may otherwise be priced out of building a career in television and film.”

According to the media regulator Ofcom’s most recent diversity report, “progress is still far too slow” in TV employing a wider range of people. Industry bodies such as ScreenSkills have been trying to address this by awarding around £1.3m in bursaries to 1,200 people over the last two years, which are often used for practical needs ranging from laptops to wet weather gear. But Ali said the answer to improving diversity is: “Hire us, commission us, pay us […] it is not rocket science.”

The Screenwriters’ Fellowship will begin in September 2021. Applicants must submit a script by June 18.

For more information about the Screenwriters’ Fellowship, click here. 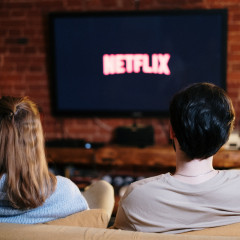