To mark International Women’s Day, St George’s Hall Charitable Trust has announced its intention to install a statue of Mary Seacole in the Great Hall – a woman believed to be Britain’s first nurse practitioner who devoted her time to nursing soldiers during the Crimean War.

The trustees believe this statue will not only pay tribute to the heroine, but it will also act as a ‘thank you’ to the NHS and the extraordinary sacrifices they have made in keeping everyone safe during the Covid-19 pandemic.

A call out to artists is now open to apply to be considered to take on the role of creating a marble portrait statue that will take pride of place in the stunning Great Hall.

St George’s Hall Trust is seeking to commission a portrait statue in marble that will celebrate the life and work of Mary Jane Seacole (1805 – 1881) for the interior of the magnificent Grade I Listed St George’s Hall. Mary Seacole will be the second woman and the first black woman to be commemorated in the Great Hall. It is a significant commission for St George’s Hall, one of Liverpool’s most important public buildings, raising awareness of the contribution of remarkable women who have been overlooked in history.

The Mary Seacole statue will be the second female represented in St George’s Hall – the first was of pioneering health campaigner Kitty Wilkinson which was installed in 2012. There are currently 13 statues in total in the Great Hall.

Artists interested in being considered should send expressions of interest online to include CV, images of work, supporting material by WeTransfer to Sharon Clare, [email protected] no later than Friday 30th April 2021.  Please note file size must not exceed 10MB. 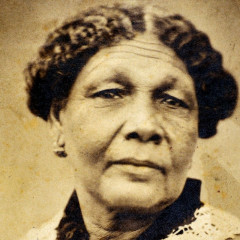 Plans for first statue of a black woman to be installed in St George’s Hall, Liverpool