In early October billions of people lost connection to Facebook, Instagram, and WhatsApp, resulting in no small amount of chaos (and a bit of peace and quiet). How did this happen?

Coming in the midst of a massive whistleblower testimony, all of Facebook's platforms, including Instagram and Whatsapp, went down in a global outage last Monday. The accidental shutdown lasted around five hours and had a critical impact on the vast community of business and social media influencers that rely on Facebook's services to operate.

It's not uncommon for apps to experience temporary technical issues, but these are often localised and can generally be solved within an hour. This shutdown was far more severe and led to the tech giant making a public apology via their rival platform Twitter. It stated: "To the huge community of people and businesses around the world who depend on us: we're sorry."

During the outage, many speculated as to the cause of the social media hiatus. The answer is largely technical; a botched update essentially told the BGP (Border Gateway Protocol) that their IP address does not exist. Which meant that as far as the internet was concerned, Facebook and its entourage had left the building.

And perhaps even more amusing was the reason behind the abnormal length of the interruption.

Picture this: you're a top-notch, top-tier tech expert crunching code in the upper echelons of silicon valley. You're going about your day when suddenly you realise things have gotten quiet, too quiet. You look at your phone, your phone shrugs back. You look at your colleague, your colleague went to the bathroom five minutes ago. After a bit of personal investigation you realise that Facebook is down. It's cool; you're good at your job, your colleagues are good at their jobs, all you have to do is message each other and figure out what's up. But your internal messaging system uses Facebook. And Facebook is down.

What followed was what I can only presume to have been an emotional back-and-forth that saw each member of the Facebook team accuse the other of being responsible for sensible in-house communication protocols.

Since their security pass system was caught in the outage, the employees were unable to even access areas within their office. Eventually, the decision was made to just send someone out to the Californian servers and sort it all out manually.

Overall, the one-two combo of Haughen's whistleblower testimony and the global outage saw Facebook's share price drop by almost 5%, and Mark Zuckerberg's personal wealth plummet by 6 billion US dollars, leaving him with an estimated worth of only $121.6 billion. A devastating blow to the tech giant, I'm sure.

As a side note, the corporation paid £28 million in UK taxes in 2020 after its UK-based revenue reached £1.6 Billion. That's just under 1.8%. Corporation tax is generally set to 19%. Kudos to the UK government for doing their bit to help Facebook battle through these trying times. 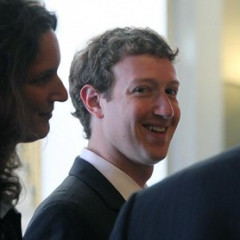 In early October billions of people lost connection to Facebook, Instagram, and WhatsApp, resulting in no small amount of chaos (and a bit of peace and quiet). How did this happen?