In a congressional testimony, a former employee of Facebook has said that the website puts “profits before people”.

Her testimony to the US Congress, which came the day after the extended outage that Facebook, lnstagram, and WhatsApp faced on Monday, also asserted that the social media website harms children and is destabilising democracies.

Haugen said that Facebook knew that it steers its users towards damaging content, and that Instagram is an addiction, “like cigarettes” for many under 18s. Also in her testimony are claims that the company did not have enough staff to keep the platform safe, and that Facebook is “literally fanning” ethnic violence in developing countries. Other topics of the testimony include knowingly leading teenage users towards anorexia-related content, the turning off of the safety measures put in place after the tumultuous US election before the January 6 Capitol riots, as well as the intentional targeting of children under 13.

Haugen came forward on Tuesday as the source of some information gathered by the Wall Street Journal a month ago, based on internal documents and research at Facebook. The documents revealed that the company knew about how damaging its content was to mental health and that changes to Facebook’s Newsfeed had made the platform more divisive. She told senators that the company knew that Instagram was directing anorexia-related content to susceptible teens, saying that the algorithm “led children from very innocuous topics like healthy recipes … all the way to anorexia-promoting content over a very short period of time”.

Opening her testimony, Haugen said: “I’m here today because I believe Facebook’s products harm children, stoke division, and weaken our democracy. The company’s leadership knows how to make Facebook and Instagram safer, but won’t make the necessary changes because they have put their astronomical profits before people.” She also alluded that Facebook was “buying it’s profits with our safety.”

In reference to the outage apparent on Monday, she added: “For more than five hours Facebook wasn’t used to deepen divides, destabilise democracies and make young girls and women feel bad about their bodies.” She said that she wanted Facebook to be treated how tobacco companies are, which were subjected to government intervention after the discovery that they had hidden the harm that their products had caused, or how car companies were forced to implement seat belts to increase safety.

The testimony asked for more transparency to be forced upon Facebook, with more scrutiny directed at the company’s algorithms. Haugen said: “The core of the issue is that no one can understand Facebook’s destructive choices better than Facebook, because only Facebook gets to look under the hood,” adding, “we can build sensible rules and standards to address consumer harms, illegal content, data protection, anticompetitive practices, algorithmic systems and more”.

Haugen told the lawmakers that Facebook intentionally targets teens and also targets children who are as young as eight years old for their Messenger Kids app. Facebook’s founder is yet again directly under fire, with Haugen stating: “We have a few choice documents that contain notes from briefings with Mark Zuckerberg where he chose metrics defined by Facebook like ‘meaningful social interactions’ over changes that would have significantly decreased misinformation, hate speech and other inciting content.” Haugen mentioned that Zuckerberg had built a company that was “very metrics driven”, and strives to keep users engaged with content so that they spend more time on the website, therefore making the platform more lucrative to advertisers.

In developing and sociopolitically fractured countries like Ethiopia, Haugen claimed that Facebook was promoting ethnic violence, as the site is not policed as well there as it is in the US. During the start of the US election campaigns, Facebook were forced to make their site safer after misinformation was spreading like wildfire. Haugen said that she was disturbed to find out that those safety precautions were turned off as soon as President Joe Biden was elected, to spur Facebook’s growth further.

Haugen recommended reforms such as keeping Congress and oversight bodies informed of internal research, and removing algorithms to make Facebook's News Feed chronological again. Her testimony seems to have put pressure on lawmakers to implement legislative measures against the company. Senator Ed Markey stated: “Here’s my message for Mark Zuckerberg: your time of invading our privacy, promoting toxic content in preying on children and teens is over, Congress will be taking action. We will not allow your company to harm our children and our families and our democracy, any longer.”

Facebook has responded to the claims against them in a blog post published on Tuesday evening. In it, Zuckerberg mentions it was “difficult to see coverage that misrepresents our work and our motives,” adding, “At the heart of these accusations is this idea that we prioritize profit over safety and wellbeing. That’s just not true.” The Facebook CEO then reiterated the company’s aim to give “meaningful social interaction” with its Newsfeed feature, and that the accusations about Instagram’s youth targeting were “mischaracterized”.

Lena Pitsch, Facebook’s director of policy communications, said: “Today, a Senate commerce subcommittee held a hearing with a former product manager at Facebook who worked for the company for less than two years, had no direct reports, never attended a decision-point meeting with C-level executives and testified more than six times to not working on the subject matter in question. We don’t agree with her characterization of the many issues she testified about.”

Pitsch added, “Despite all this, we agree on one thing; it’s time to begin to create standard rules for the internet. It’s been 25 years since the rules for the internet have been updated, and instead of expecting the industry to make societal decisions that belong to legislators, it is time for Congress to act.” 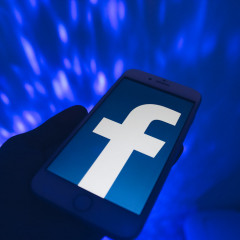 In a congressional testimony, a former employee of Facebook has said that the website puts “profits before people”. 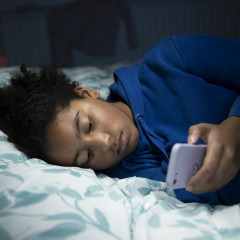