The Glasgow born actor best known for roles such as Captain Jack Harkness on Doctor Who and Malcolm Merlyn in the CW’s Arrowverse, will be missing from the roster of next year’s Dancing on Ice judges. A former contestant of the ice-skating competition, John Barrowman has judged the performances since 2019.

ITV have expressed gratitude to Barrowman for “two brilliant years on the Dancing on Ice panel and are pleased to be working with him again as host of the forthcoming All Star Musicals specials.”

Barrowman has admitted to repeatedly exposing himself on the set of BBC’s Doctor Who spinoff, Torchwood. He has described the act as “tomfoolery”, apologising in 2008 and recently saying that his “understanding and behaviour have also changed”. Barrowman claims the actions were never intended to be sexual in nature, telling The Guardian that his intentions were to “entertain colleagues on set and backstage”. He subsequently acknowledged that the exposure “upset” colleagues and claimed his style of humour adapts to the times he lives in: “I’m still using humour, just in a different way than might have been the case ten or 20 years ago.”

One co-star, when asked in a video released earlier this year, admitted that she recalled an incident when Barrowman, quote, “put it on your shoulder in the makeup truck?”

An executive producer for Torchwood, Julie Gardner, further confirmed to The Guardian that she had received a complaint about Barrowman’s on-set behaviour in 2008. She states: “I met with John and reprimanded him [to] make it clear to both John and his agent that behaviour of this kind would not be tolerated”.

Much scrutiny has been placed on Torchwood after the serious allegations against actor Noel Clarke, which saw testimony from 20 women accusing him of groping, sexual harassment, and bullying. There have been ongoing concerns that the industry turned a blind eye to wrongdoings, promoting a culture of abuse.

In a video to fans, Barrowman thanked his supporters for sticking by him and said he was sure “we will all be back together soon.”

Header Image Credit: "John Barrowman" by jareed is licensed under CC BY 2.0 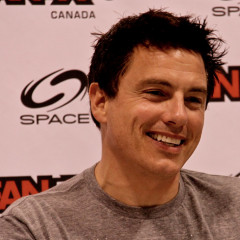 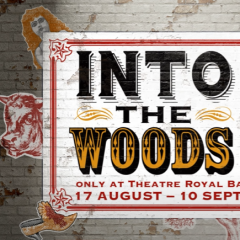