Voice MagNewsTape of interview an…

An unreleased interview, as well as an unheard track, have sold at an auction in Denmark for a remarkably high price.

A tape recording of John Lennon talking to a group of student journalists has been sold at a Danish auction on Tuesday for 370,000 Kroner, which equates to around £43,000. The conversation was recorded in January of 1970, and apparently covers multiple topics that were to define John Lennon at the time, according to a Bruun Rasmussen auctioneer. These topics included The Beatles, his peace campaign with Yoko Ono and of course, his hair.

The cassette tape was auctioned off alongside 29 images and a copy of the school newspaper that ran parts of the interview in print. They were sold as a combined item, in an auction that was dedicated to 20th century artwork. It’s estimated selling price was 200,000 to 300,000 Kroner, and was sold at a price that far exceeded it.

Alexa Bruun Rasmussen said, “I thought it was extraordinary that it went above the estimate,” adding, "unfortunately it is confidential who the buyer is, but I can reveal that it went abroad."

Lennon and Ono travelled to Denmark in December 1969, to address issues regarding the custody of Ono’s five year-old daughter, whom she had had in a previous relationship. Danish journalists heard of their visit, and promptly organised a press conference, this is where the interview took place. The auction house has explained: “Due to severe weather conditions, a small group of journalists and four 16-year-old students on the quest of interviewing John Lennon for the school magazine turned up late for the press conference, Lennon and Ono agreed to talk to them anyway."

Describing the setting of the recording, the interview was “remarkably relaxed”, with only ten in attendance. Images that join the tape depict Lennon, Ono and their daughter Kyoko lounging on a couch with a christmas tree in the backdrop. Two young journalists documented the occasion, Jesper Jungerson took the photographs, and Karsten Højen recorded the interview. Højen said that the interview (held whilst the Cold War and the Vietnam War were at their height) brought a “message of peace, and that was what was important to us.”

The auction house described the interview itself, saying: “A student asks if they would consider recording Blues music to which Lennon replies that all they play is Blues," adding, “At one point someone suggests a dance around the Christmas tree whilst singing a Danish Christmas carol (Lennon partly tunes in although not knowing the lyrics). A student asks whether Lennon would play the guitar, and he plays 'Radio Peace', followed by 'Give peace a chance.'"

Radio Peace was an unreleased track that Lennon had written for a radio station in the Netherlands. Højen told the BBC: "Radio Peace" was supposed to be the theme song for a radio station that didn't end up opening, and said that "to our knowledge the only place where this song exists is on our tape." 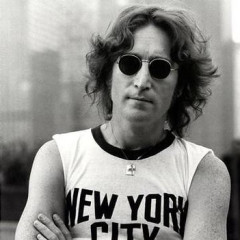 Tape of interview and unreleased track from John Lennon sold for £43,000

An unreleased interview, as well as an unheard track, have sold at an auction in Denmark for a remarkably high price.