The former race advisor to No. 10 has called for an independent review into the UK’s drug legislation and its effects on black communities.

Ex No. 10 advisor Simon Woolley has highlighted the systemic racism inbuilt within the UK’s drug legislation in an essay published by the BMJ. Woolley has criticised the negative impact of drug laws on public health, and in particular on black people, and is calling for a reappraisal of the Misuse of Drugs Act.

In the 50 years since its introduction, the UK’s drug legislation has failed to effectively tackle the use and distribution of drugs and the harm caused by them and is instead used “as a tool of systemic racism”, states Lord Woolley. He also highlighted that despite white people reporting higher rates of drug consumption, black people are disproportionately stopped and searched, arrested, charged, and imprisoned for drug offences.

He noted that this racist policing of drug use has further negative health impacts, stating: “The effect of disproportionate policing on the people who experience it is enormous. It creates anxiety, stress, and alienation that contribute to the high levels of mental health harm experienced across our black communities.” Beyond policing, imprisonment and sentencing are equally if not more harmful, with many people developing drug habits whilst imprisoned, where, Woolley notes, “treatment for substance use disorders in prisons is woefully underfunded.”

Woolley wrote regarding the legal system’s failure to effectively rehabilitate those convicted of drug offences: “The economic and social exclusion and stigma that follow from a criminal record or imprisonment risk pushing people further into crime and ill health, as the opportunities for economic security diminish.” As he called for an independent review into the Misuse of Drugs Act and its effects, he also called for such a review to “consider in detail the options for alternative approaches, including the growing body of evidence indicating benefit in both decriminalisation of people who take drugs and legal regulation of non-medical drug supplies worldwide.”

Woolley, a crossbench peer in parliament and previously chair of the government’s Race Disparity Unit’s advisory group, stated that although drug prohibition is harmful to everyone, that harm is most pertinent to, and often explicitly directed at black communities. He wrote that drug prohibition is “racist in its DNA and in its impact on our society today”, and that it essentially is “rooted in a series of attacks, in the US, the UK and elsewhere, on non-white communities and the substances they were associated with, regardless of whether they actually took those drugs in high numbers.”

“Prohibition has provided the opportunity and alibi for decades of harassment and over policing of black communities. It provides one of the very sharpest tools in the box of systemic racism: enabling police to use the flimsiest of pretexts to search and arrest black people, thus allowing wider society to associate black people with all the violence and exploitation that prohibition creates in the drug supply chain”, he wrote.

There has been extensive discussion concerning the US’s war on drugs as a thinly-veiled front for a war on black communities, with Richard Nixon’s own domestic policy advisor, John Ehrlichman, openly admitting that they used US drug policy to target the anti-war left and black people, saying it allowed them to “arrest their leaders, raid their homes, break up their meetings, and vilify them night after night on the evening news”. He was even as brash as to say “we knew we couldn’t make it illegal to be either against the war or black, but by getting the public to associate the hippies with marijuana and blacks with heroin, and then criminalizing both heavily, we could disrupt those communities.”

Despite the coverage of the US’s inbuilt racism in drug laws, the UK’s similar transgressions have managed to go largely unquestioned in the public eye so far, with Woolley’s statements hopefully bringing a change to that. Moving forward he stated that “black voices, supported by others across society, must be listened to.”

He concluded: “We need to establish systems and structures that bring the black experience to the fore and ensure that black voices are acknowledged and heard. This is also true for the medical profession, which needs to be more vocal in discussing the extent to which drug policy affects the health and wellbeing of black people.” Without this, “we will face more decades of stagnation and failure.” 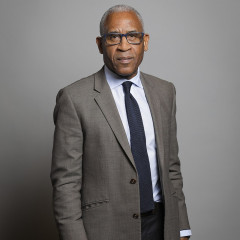 The former race advisor to No. 10 has called for an independent review into the UK’s drug legislation and its effects on black communities.