A recent survey has found that people who are in the Gen Z bracket of age tend to buy more physical music than the generation that preceded them.

The sales of vinyl records in 2020 were the highest that have been reported since 1990, and it seems that younger people who are within the age brackets for Gen Z are the ones who are bolstering these sales. The information comes according to a recent survey conducted by MRC Data for the Recording Industry Association of America (RIAA), where 4,041 people aged 13 and over were questioned about their musical influences, inspirations and purchases. 15 percent of the Gen Z respondents, who were born between 1997 and 2012, stated that they have bought vinyl records in the past 12 months. This is disparate from the millennial numbers, where only 11 percent of respondents claimed they purchased physical music.

The British Phonographic Industry have revealed that nearly one in five of those buying music are buying vinyl. 4.8 million records were sold over last year, which is an increase when compared to the figures of 2019, and is the highest recorded since britpop conquered the UK in the early ‘90s. Events and campaigns that happen year round, such as Record Store Day, LoveRecordStores and National Album Day, have all helped to garner more sales for the vinyl industry, and keep record stores open across the country. Vinyl also outsold CD’s last year, for the first time since the 1980’s. The RIAA mentioned that Vinyl contributed $232 million (£181 million) out of a total $376 million (£278 million) in physical music sales, in the first half of 2020 alone.

Some of the most popular vinyl releases over the last year have been Lana Del Rey’s Chemtrails Over the Country Club, Foo Fighters’ Medicine at Midnight and Bicep’s Isles. Celeste’s record, Not Your Muse and Arlo Parks’ Collapsed In Sunbeams were also some of the most sold vinyl records of recent months.

Header Image Credit: "Record store" by barnimages.com is licensed under CC BY 2.0 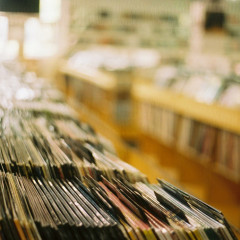 A recent survey has found that people who are in the Gen Z bracket of age tend to buy more physical music than the generation that preceded them.