Sinclair is remembered as the driving force behind affordable home computing in the UK and much of Europe.

Inventor and entrepreneur Clive Sinclair has passed away in his London home at the age of 81 after living with long-term illness. Born the son of an engineer in Surrey, Sinclair left school at the age of 18 and set out on a career selling and producing miniature electronics.  He began publishing work in electronics magazines and founded Sinclair Radionics at the age of 21 in 1961.

Pushing forward with designs on the miniaturisation of electrical equipment, which at the time was in contrast to the more common industrial-sized techniques, Sinclair Radionics struggled to find investors but made a consistent profit for much of the 60s and 70s, with a slight financial strain after the failed launch of the Black Watch, which had several technical faults. During this time he created one of the first electronic pocket calculators and began to work with the National Enterprise Board (NEB), which helped to refine his company’s production.

From this point on Sinclair went from success to success, starting Sinclair Research Ltd in response to rising tensions with the NEB. This company became the one to define his entrepreneurial endeavours and led to his most significant inventions.

His creation of the ZX Spectrum home computer is often cited as the first time a computer with mass appeal entered the market. The ZX models were far more affordable than their modern counterparts. At the time, computing was seen as purely a specialised industry, something that only the keenest of amateurs could penetrate. Using his experience with miniaturisation and his extensive experience working with electronics, Sinclair was able to produce a compact, relatively inexpensive computer that consumers were able to bring home.

This invention has reverberated through the years, having a pivotal impact on the ability for IT and coding to be taught in schools. Without affordable computing, key aspects of life such as home work, accessibility to the internet, and gaming would be far less prevalent in today’s society.

Sinclair achieved massive success with his inventions, receiving a knighthood in 1983. His invention of an electric vehicle named the Sinclair C5, caused a significant decline in his company’s finances, eventually causing him to sell his computer business to Amstrad.

His daughter Belinda Sinclair recounts his desire to invent, saying: “It was the ideas, the challenge, that he found exciting. He’d come up with an idea and say, ‘There’s no point in asking if someone wants it, because they can’t imagine it.’”

She goes on to say that there were many instances where her father was ahead of his time. With the success of electric vehicles today, there is certainly weight to this claim.

Clive Sinclair is survived by his daughter Belinda, his sons Crispin and Bartholomew, five grandchildren, and two great-grandchildren. 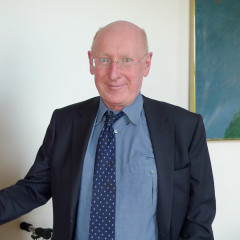 Sinclair is remembered as the driving force behind affordable home computing in the UK and much of Europe.