The Never Gonna Give You Up icon is set to play two shows with indie band Blossoms, in arguably the most surprising music news of the week.

After recently surpassing a hefty one billion views on the YouTube video for his track Never Gonna Give You Up, maybe the most belovedly memed artist of all time is now set to tour with renowned indie band Blossoms, naming themselves The Sound of The Smiths for two shows next month.

Blossoms had surprised fans during their recent performance at London’s O2 Kentish Town Forum on 13 September, bringing Astley on stage with them to play renditions of classic songs by The Smiths. The reactions so far have been overwhelmingly positive, leading to the scheduling of two new shows as the cover band.

Taking place at Manchester’s Albert Hall on 8 October and London’s O2 Kentish Town Forum on 9 October respectively, the performances will see Astley play through a whole set of The Smiths covers with Blossoms as the singer’s backing band.

Blossoms said of the event: “The Smiths have always meant so much to Blossoms, with even their rainiest songs complete with wry humour and soul-reaching musicianship and melody, their poppier moments are pure, joyful, danceable poetry.”

“Imagine backing Rick Astley to play the songs of The Smiths? We’ve had wilder dreams, but not many. We’ll barely be able to believe it until it happens, but the dates are set, we’re studying every note, line and beat to say ‘thank you’ to The Smiths alongside Rick and do both of them proud.”

Astley also stated: “From the moment The Smiths emerged in 1983 I was hooked and it’s as a fan, with deep respect as a musician for Morrissey, Marr, Rourke and Joyce, that I’ll be joining the endlessly enthusiastic and talented Blossoms on stage to sing their songs.”

Astley told Rolling Stone in a 2016 interview that he wanted to do a set of The Smiths material, and it seems as though that pipedream is now fully realised. He has mentioned: “It’s no secret that it’s been an ambition of mine to turn an idea that first sounded crazy,” Astley said, “making more sense as Blossoms and I talked about it and then rehearsed it, into a reality. These shows will be nights that I’ll never forget.” 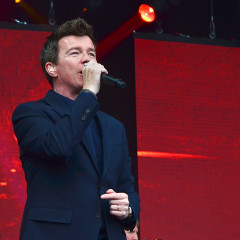 The Never Gonna Give You Up icon is set to play two shows with indie band Blossoms, in arguably the most surprising music news of the week.