Created by surrealists Stefan and Franciszka Themerson, the film is deemed an anti-fascist masterpiece.

Europa, a powerful anti-fascist film that was seized by Nazis and thought to have been lost forever, was recently rediscovered in 2019. The film was made in Warsaw in 1931, by husband and wife Stefan and Franciszka Themerson, it has gained an emblematic status within film history, with many filmmakers attempting to remake or reimagine it.

No one had thought that the original film existed, until a copy was rediscovered in Germany’s National Archives, the Bundesarchiv. The film has since been donated to the BFI National Archive by the Commission for Looted Art in Europe, on behalf of the Themerson estate. It is set to have its first ever world premiere in London next month.

Director for The UK Arts Agency LUX, Benjamin Cook, said: “This is truly one of the most important film rediscoveries of recent years, a major lost work of the European avant garde and an important affirmation of Stefan and Franciszka Themersons’ important contribution to cinema history.”

The Themerson’s were Polish artists that met in the 1930s and spent their lives writing, publishing and creating avant garde films collaboratively. They made Europa in their bedroom whilst living in Warsaw, based on a poem of the same name by futurist poet Anatol Stern in 1925. The couple used collages and photograms to bring their vision to life, in a film that abstractly articulated the horror and moral decline they had witnessed in Poland at the time.

The couple moved to Paris in 1938 and deposited the copy of Europa alongside four other films that they had made at the Vitfer film Laboratory, all of which were seized by the Nazis when war broke out. The Themersons joined the Polish army, eventually ending up in London. In 1988, Stefan tried to recreate the film with stills, with the London Film-Makers Co-op. The couple died shortly after thinking that the film was gone for good.

Europa joins three other Themerson films that exist today, two of which were created in England for the Polish government-in-exile film unit. Regarding Europa, BFI’s chief executive said: “We are honoured to be part of this valuable film’s incredible story, by preserving Europa’s original nitrate film in our collection and helping to make this significant piece of anti-fascist work available now and for the future.”

The 12 minute short film is scheduled to premiere on October 6, with a newly added soundtrack, at the BFI London Film Festival, which runs from the 6th until the 17th. 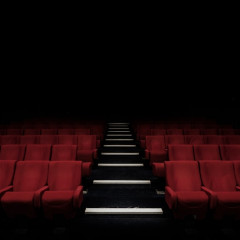 Created by surrealists Stefan and Franciszka Themerson, the film is deemed an anti-fascist masterpiece.