Playstation streamed the event in which they revealed upcoming additions to the PS5’s roster of games, including a sequel to Insomniac’s Spider-Man and a remake of Knights of the Old Republic.

Taking place over the course of 40 minutes, the online event was much anticipated by fans of the Playstation console. It began with an opening stinger trailer that depicted a possibly dystopian futuristic society with various fashionable young people in a mix of unexplained situations with Playstation posters and symbols in the background. After a few words from Jim Ryan, CEO of Sony Interactive Entertainment, the actual trailers began.

First up was a reveal trailer for a remake of Star Wars: Knights of the Old Republic. This 2011 RPG was

set thousands of years before the events of the Star Wars movies, following a group of Republic fighters waging war against a Sith uprising. The trailer depicted one of the game’s antagonists, Darth Revan, stepping out of the shadows accompanied by narration. A highly popular game in its time, many were surprised to see it remade for the Playstation considering it was originally a Microsoft owned title.

This was followed by a new IP named Project Eve. The game appears reminiscent of the Bayonetta series, with similar over-the-top action and monstrous enemies.

There was then a selection of remakes and sequels, along with a new Square Enix property named Forsaken, and a trailer for yet another version of GTA 5.

Playstation appears to have cemented itself as the go-to platform for Marvel videogames. The Guardians of the Galaxy game appears to see the popular team of misfits go up against the Church of Universal Truth on 26 October. A surprise teaser trailer unveiled an upcoming Wolverine videogame, likely to be released a considerable amount of time in the future given the sparse amount of details known about it. Lastly for the Marvel titles came a reveal trailer for the hotly anticipated sequel to 2018’s open-world Spider-Man game. In it, Peter Parker and Miles fight random henchmen whilst a voiceover, likely spoken by longtime Spider-Man villain Kraven the Hunter, speaks of wanting to challenge a duo he believes can give him a run for his money. The viewer assumes he is speaking about the two spider themed superheroes, until a raspy voice coming from a dark alley reveals the fan-favourite character Venom. The game is tentatively set to release in 2023.

Finally, the showcase ended with a surprisingly in-depth look at God of War: Ragnarok, a sequel to Game of the Year 2018, God of War. For the most part letting the gameplay speak for itself, the trailer promises to address the loose-ends left during the ending of the first game.

Overall, the showcase appeared to satisfy many fan desires, which were generally centred around wanting sequels to past hits, and more next-gen content to justify the intense efforts needed to be taken before securing a PS5. 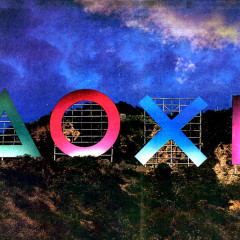 Playstation streamed the event in which they revealed upcoming additions to the PS5’s roster of games, including a sequel to Insomniac’s Spider-Man and a remake of Knights of the Old Republic.