Voice MagNewsEpic vs Apple: A key…

The verdict comes in the midst of ongoing legal action rules against Apple’s desire to prohibit third-party in-app purchases that bypass their cut of in-app payments.

The trial sought to assess Apple’s alleged monopoly of app distribution on iOS devices after Fortnite giant Epic Games was removed from the App Store in retaliation for allowing users to purchase in-game currency through Epic Games itself, rather than through the App Store, therefore circumventing Apple’s transaction fee.

The move by Apple quickly sparked an online campaign by Epic Games attempting to pull public support in favour of their violation of Apple’s terms and conditions, going so far as to create a 1984 parody video that depicts an apple-headed version of Big Brother giving a speech to a room full of Fortnite characters. It ends with a wall of text beseeching viewers to “join the fight to stop 2020 becoming 1984”, after claiming to have “defied the App Store Monopoly”. The video also riffs on Apple’s own advertising campaign from 1984.

As both companies are multi-billion dollar organisations it is difficult to view one as an underdog, despite the attempts to humanise the conflict.

What followed was a back and forth legal battle that began with attempts to popularise the social media hashtag #FreeFortnite, and led to such places as Epic CEO Tim Sweeney’s unsuccessful attempt to argue that Fortnite is a “metaverse”, rather than just a videogame.

In the end, Judge Yvonne Gonzalez-Rogers ruled that, whilst Epic Games were in violation of their contract with Apple, the App Store cannot legally repress other third-party payment options for in-app purchases.

As video games have gone through more change than most other mediums in the past few decades, it becomes difficult to create legal definitions of many user-based interactions with developers. What’s important is that now precedent has been set in a situation where legal precedent is rare. Mobile games are a relatively recent phenomenon with few legal requirements tailored to that specific market. Now that Apple has been told they cannot ban third-party payments, other companies like the Google Play Store may find themselves in similar positions, which is potentially a win for smaller developers.

However, Tim Sweeney has stated that the “ruling was not a win for developers or consumers” – unhappy with the verdict that denies the claim that Apple holds a monopoly. Epic have already filed to appeal the decision.

In-app purchases continue to be assessed for legality and consumer wellbeing, with studies correlating gambling addiction with the method of payment. 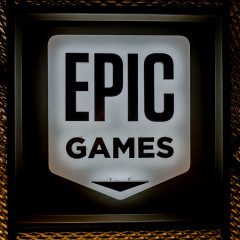 The verdict comes in the midst of ongoing legal action rules against Apple’s desire to prohibit third-party in-app purchases that bypass their cut of in-app payments.