The unexpected decision has faced a mixed reaction.

Health secretary Sajid Javid has announced that England will not be going forward with the vaccine passport programme that was expected to commence at the start of next month. The passports would have been used as a system to allow or deny access into nightclubs and large events, a proposal that had come under criticism from some venues and MPs.

However, this U-turn has also caused controversy, with Labour branding it “shambolic” and deputy leader Angela Rayner saying, “This is the culmination of a summer of chaos from ministers and they urgently need to get a grip before winter”. Work and pensions secretary Therese Coffey has stated that vaccine passports have not been “ruled out forever”, with the government also claiming that the plan will be kept “in reserve” should there come a need over autumn and winter. Shadow health secretary Jonathan Ashworth warned it could be “the worst winter in living memory” for the NHS.

This indecision could cause confusion for businesses that the passport would affect, such as nightclubs and music venues, who are essentially still left uncertain as to whether they should prepare for the passport system or not. For now, it seems businesses are happy that the plan will not be going into effect.

Sacha Lord, founder of Parklife festival and night-time economy adviser for Greater Manchester, has referred to the vaccine passports as “untenable and illogical”. The Night Time Industries Association had expressed concern that the system could lead to discrimination cases, with the Music Venues Trust agreeing, saying there was a worry for “deliverability, practicality, equality and potential discrimination”.

However, worries still remain on the safety of venues with the potential of worsening Covid case rates in the coming months. Stephen Reicher, a behavioural science adviser to the government, has said: “If you don’t use vaccine passports, you’ve got to have something better. It really concerns me that the government haven’t done anything to make venues safe. There seems to be a lack of a winter plan.”

Vaccine passports are still set to go ahead starting October in Scotland, with a decision in Wales set to be implemented next week. 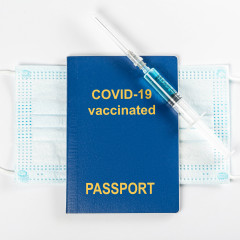 The unexpected decision has faced a mixed reaction.