Festival organisers had thought about cancelling the event which showcased artists such as Gorillaz, Foals and Mahalia, but insisted that Boardmasters was planned to be as safe as possible.

Around 4,700 Covid-19 cases have been linked to the recent live music and surfing festival Boardmasters, an event that took place in Cornwall this month between 11-15 August. Health officials have said that thousands of people who had tested positive had either attended or had connections with the festival in Newquay. An overwhelming majority of cases were seen in persons between the ages of 16 - 21, with 800 cases living within the county.

About 50,000 people had attended the festival, and now Newquay has three towns that have some of the highest infection rates in the whole of England. Cornwall’s public health team stated: “We won’t know the complete picture for another few days.” Ruth Goldstein, the deputy director of public health for Cornwall and the Isles of Scilly said: “We don’t know whether they have been camping, or to events at the beach or to parties in the town put on by Boardmasters.”

Andy Virr, emergency doctor and Cornwall Council portfolio holder for adults and public health, expected the cases, mentioning that he was “reassured” they would not “translate into serious life-threatening illness.” Virr asserts that he had “no regrets” and that there were benefits to come from the festival, despite the council’s discussion of cancellation.

He said: “Covid will have lots of impacts ongoing, and one of them is around loneliness and isolation and mental health problems. That festival brought a lot of joy to people. And yes, there are some things we are having to deal with, but that was part of the judgement.”

A Boardmasters spokesperson stated that the festival had adequate measures in place, which led to 450 people leaving the festival early due to Covid risk. They added: "We look forward to sharing our experience of running the festival in the current circumstances with other large events so we can all continue to provide much needed economic benefit to our wider communities and entertainment to our loyal audience." 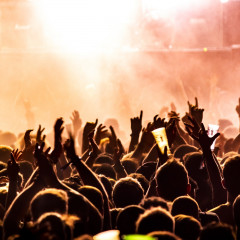 Festival organisers had thought about cancelling the event which showcased artists such as Gorillaz, Foals and Mahalia, but insisted that Boardmasters was planned to be as safe as possible.