More cities than ever before have applied to become the UK’s next City of Culture, following 2021 winner Coventry.

Many locations across the UK have recently bid their cities as the most culturally diverse in the nation, including Cornwall in England, Stirling in Scotland and Conwy County in Wales. There are 20 new applicants in total, which breaks past records. Northern Ireland has made a joint bid for their cities of Banbridge, Craigavon and Armagh City, another first for the award. The winning city will host a year’s worth of cultural festivities and events throughout 2025, as well as a large cash prize.

This year brings with it the first opportunity for an area to apply with more than one city, allowing Great Yarmouth, East Suffolk, and The Borderlands (located between Scotland and England) to vie for the title of City of Culture. The list of applicants will be reduced to a long-list soon, with short-list announcements to be made in 2022. East Suffolk’s recent Banksy artwork installations have been described as an ‘endorsement’ of a City of Culture bid, as claimed by councils.

The winner will be announced by the Department for Digital, Culture, Media and Sport (DCMS) in May next year. The Cities long-listed will receive £40,000 to support their next stage of application, for the first time. Culture Secretary Oliver Dowden stated: “This prestigious prize creates a fantastic opportunity for towns and cities to build back better from the pandemic, and I wish all bidders the very best of luck.”

The new City of Culture winner will join the ranks of past champions Derry-Londonderry, Hull, and Coventry, who took the title in 2013, 2017 and 2021, respectively. The full list of 2025 applicants can be found here. 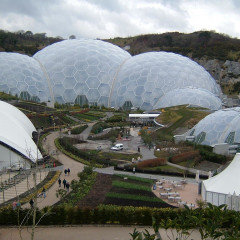 More cities than ever before have applied to become the UK’s next City of Culture, following 2021 winner Coventry.