The proposition is aimed to combat climate change by reducing the country’s reliance on fossil fuels, but how effective will it be?

Nine thousand jobs, £4bn in investment, and a capacity of 5 gigawatts in low carbon hydrogen production capacity by 2030 are the aims set out by Energy Secretary Kwasi Karteng.

Hydrogen has long been talked about as a possible alternative to more environmentally harmful power sources. Both the European Union and the USA plan to invest in clean-burning fuel. It has its safety issues, high flammability and corrosive impact on metal, but there are ways to combat these concerns. What is still up for debate is whether or not the goals the UK government have set itself are too generous.

Firstly it is important to acknowledge that hydrogen is not without its environmental drawbacks. It can serve as an indirect greenhouse gas by reacting with hydroxyl radicals, an important chemical in the Earth’s atmosphere. However, the significance of this impact is much lower than that of other fossil fuel-based energy systems.

Hydrogen production can fall into two distinct categories, green hydrogen, which is produced by separating the hydrogen and oxygen elements in water, and blue hydrogen, which isolates it from natural gas, which generates a significant CO2 byproduct. Green hydrogen is more environmentally friendly than its blue counterpart (so long as renewable energies power its creation process), but it is also more expensive to produce. The UK government plans to use both forms of hydrogen, planning on storing the CO2 byproduct from blue hydrogen underground.

The private sector are not convinced the commitments the UK government have made are bold enough, a potential setback for the desire to create a hydrogen economy. Indeed, with the recent IPCC report urging emergency action to mitigate the severe effects of global warming, there is the sense that endeavours like this and the drive towards electric cars, which have a negative impact on biodiversity, are merely plasters that stave off the need for significant societal changes. 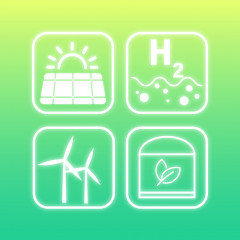 The proposition is aimed to combat climate change by reducing the country’s reliance on fossil fuels, but how effective will it be?