A documentary was made back in 2011 following the world’s most wholesome painter Bob Ross, but Melissa McCarthy and Josh Rofe know there's a darker story to tell.

One of the most recognisable artists of all time is undoubtedly Bob Ross, his gorgeous paintings of ‘pretty little trees’ and vast landscapes captivated the world when his PBS TV show, The Joy of Painting aired back in 1983. The show catapulted Ross into the stratosphere over its 11 year lifespan, giving him a legendary status that has transcended pop-culture into memedom. Although many view Bob Ross as a pure and harmless afro-donning soul, his life outside of the TV show was anything but. It is now 25 years after the man’s death, and his family wants the whole truth of his story to be seen by the public.

The documentary is being brought to us by actor and producer Melissa McCarthy and director Josh Rofe, it aims to highlight the illegal use of Ross’s likeness in the sale of his products and licensing posthumously. Interestingly, the people who own Bob Ross as a business are Annette and Walt Kowalski, who took over Bob Ross, Inc. after his untimely death (the latter of whom worked for the Central Intelligence Agency). The duo are being accused of making millions in the past decade off of his likeness in a way that disregarded his original plan, as well as coercing an ailing Ross into signing over his business through the means of deathbed marriages and incorporating last-minute estate changes. Both of the Kowalskis have died since and Bob Ross, Inc. has been handed over to their daughter.

Initially, it seems as though the agreement was to only sell Bob Ross merchandise when the product was linked to his work, e.g. paint supplies, canvases, etc. Yet, as we all know, Ross’s popularity is still increasing to this day as products and merchandise have been created to keep his memory alive, whether that be bobbleheads, T-shirts, or waffle makers. Ross’s remaining son Steve filed a lawsuit against the Kawolskis, straight after his fathers death, but it is thought that he had also died prior to its fruition. The Kowalskis are no strangers to court, having been involved in many lawsuits, predominantly protecting  the acquired Ross intellectual property, but also filing against his family, dermatologist and estate for a posthumous children’s TV show he had made about a talking tree.

The Documentary will delve further into these cases, and will demonstrate to the world a side of Bob Ross's life that many haven’t known, raising questions about intellectual property’s legal representation and standing alongside the alleged strategy to take over Ross’s business and legacy, and further profit from it.

The documentary, Bob Ross: Happy Accidents, Betrayal and Greed, is set to be released on August 25. 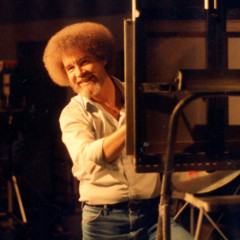 A documentary was made back in 2011 following the world’s most wholesome painter Bob Ross, but Melissa McCarthy and Josh Rofe know there's a darker story to tell.