Two of the late R&B star’s albums will be released onto streaming services later in the year.

Beginning 20 August 2021, Aaliyah’s records One in a Million and Aaliyah will be released on the 20th anniversary of her death.

New titles will be released throughout the rest of the year, including the soundtracks to the film Romeo Must Die, in which Aaliyah co-starred, as well as the compilations Ultimate Aaliyah and I Care 4 U. The long out-of-print CD and vinyl versions, which currently fetch hundreds of dollars on the second-hand market, will also be reissued.

These titles have been stuck in limbo for years due to legal issues and tension within Aaliyah’s family.

The news was announced by Aaliyah's uncle and former manager Barry Hankerson, whose Blackground Records owned the rights to the star's back catalogue – with the exception of her debut album, Age Ain't Nothing But A Number, which is currently her only album available on streaming services.

Hankerson said he had entered a new partnership with music distribution company Empire, "to introduce Aaliyah and Blackground's legacy to a new audience". It will also enable the label to release albums by Timbaland, Toni Braxton and JoJo, which have also been absent from streaming services.

Aaliyah died at the age of 22 in a plane crash in the Bahamas in 2001. Her music has since influenced the likes of Rihanna, Beyoncé and Alicia Keys.

Header Image Credit: "Aaliyah Live on Jay Leno's Tonight Show in 2001" by MboyoT is licensed under CC BY 2.0 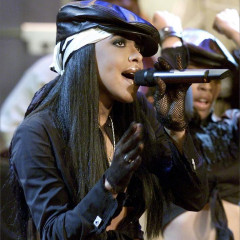 Aaliyah's music to be made available on streaming platforms

Two of the late R&B star’s albums will be released onto streaming services later in the year.