Jason Momoa has recently expressed his wish for a director’s cut of the big budget sci-fi epic Dune, scheduled for release in October. Being one of the only people who has any inkling of what the film entails, he explained to New York Times that: “I want to see Denis’s (Villeneuve) whole vision, I don’t want it to be trimmed.”

Dune is a long awaited adaptation of the 1965 novel of the same name, written by Frank Herbert. However it is by no means the first, David Lynch directed a version in 1984, which was cut down to size in a similar fashion by Universal, to the dismay of fans. Another TV series was made in 2000, yet cancelled before its conclusion, leaving fans foaming at the mouth for a true depiction. The feature film is also set to star Timothée Chalamet, Josh Brolin, Oscar Isaac and Rebecca Ferguson alongside Momoa.

This statement shows how much of an impact fan-service and authenticity seem to have on these well-renowned projects, and maybe that actors are feeling a similar sentiment to fans about how studios such as Warner Bros. edit film; like those who cried out for a re-release of Zack Snyder’s Justice League, and were successful in doing so. Warner seems to be in the spotlight in this regard, with critical blunders such as Ghostbusters and Space Jam 2 being ridiculed for their editing. David Ayer himself has mentioned that his version of the first Suicide Squad wasn’t the one that was released.

Theatrical cuts of films being re-released in longer edits is becoming a norm, allowing for supposedly more accurate representations of a directors vision.  After the recent release of Justice League’s Snyder Cut, there has arisen a trend in wanting to see an idea in a form longer than the two to three hour run-time of modern films.

This concept is not new, however, especially when dealing with beloved franchises. Look back at the many versions of classics such as Blade Runner or Lord Of The Rings, these ‘director’s cuts’ are seen as quintessential viewing for many hardcore fans who deem them better than the original.

It will be interesting to see whether the film does have a director’s version, although unlikely to be seen in cinema. Depending on how Dune is critically received when released, this concept could be one that has much more prevalence in franchise films in the future, and could determine how Warner is viewed as a studio from this point forward. The film is the first of two to come from Villeneuve and premieres at the Venice International Film Festival 3 September, due for a public cinematic release 22 October. 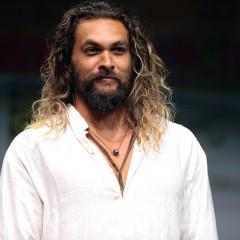 Jason Momoa calling for Director’s Cut of Dune, prior to October release