More than 100 giants of the film industry have called for the BBC to reverse its decision to cancel The Film Programme on Radio 4.

The BBC’s decision to axe Radio 4’s The Film Programme after 17 years of airtime has been met with outrage from the film industry. Sources at the corporation confirmed that the series, which is presented by Antonia Quirke or Francine Stock every Thursday afternoon at 4pm, would end.

A protest letter published in the Observer states that “To axe such a longstanding and much-loved programme represents an unacceptable diminution of the BBC’s dedication to the continuing story of film – whatever programming is intended to replace it. It is, in our opinion, short-term thinking and a mistake. The Film Programme should be celebrated, not cancelled.”

Morley emphasises the value of the programme’s archive in particular, saying “The show has been able to dip into its archive in a way no other show could, reframing interviews and re-examining reputations. It has broadcast original content all the way through the pandemic.”

The BBC announced a major shake-up of its BBC Two arts and music programming in March, and is due to announce its plans for Radio 4 later this year. A show about “film and long-form visual storytelling” is also set to be commissioned for six months of the year on Friday evenings at 7.15pm, which is understood to be replacing The Film Programme. A spokesperson for the BBC said the new programme “will do even more to explore the expanding universe of cinema and screen.” 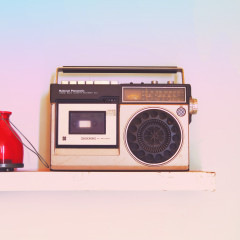 More than 100 giants of the film industry have called for the BBC to reverse its decision to cancel The Film Programme on Radio 4.