The new show, called Sitting on a Fortune, will centre around contestants positioning themselves in a row of seats to answer questions, with a cash prize of up to £100,000.

Gary Lineker is set to become the host of a new ITV game show called Sitting on a Fortune.

The new show will see six contestants per episode decide on where to position themselves in a row of seats to determine who answers a variety of questions worth up to £100,000. However, the player in the chair at the front of the line will be the only contestant who is able to answer questions and remain in play for the cash prize. A wrong answer will see the contestant demoted to the back of the line.

Advertising for potential contestants to apply for the show, ITV has described it as one where ‘players will need to use skill, strategy and general knowledge to be in with a chance of winning the jackpot’.

In a statement, Lineker said he is ‘absolutely delighted to be hosting what I think and hope will be a show that people love’. He went on to say: ‘It's going to be full of tension with high stakes and bags of drama from start to finish - everything a great game show should be. I can't wait for the viewers at home to experience the fun and the excitement of Sitting On A Fortune’.

Katie Rawcliffe, head of commissioning at ITV Entertainment, noted that the studio is ‘delighted’ to be working with Lineker and added that Sitting on a Fortune is ‘all about players backing themselves and showing courage - something he [Lineker] knows all about’.

Lineker has been a familiar figure for the British public following his retirement from football in 1994, having appeared in advertisements for Leicester-based snack company Walkers since then. Additionally, he has presented the football highlights programme Match of the Day since 1999 and is the lead presenter of BT Sport’s coverage of the Champions League, though he is set to leave this role after the conclusion of the 2020/21 season. 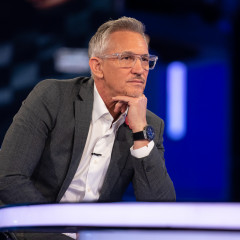 The new show, called Sitting on a Fortune, will centre around contestants positioning themselves in a row of seats to answer questions, with a cash prize of up to £100,000.