The charity Women’s Aid has called out the behaviour of contestant Danny Bibby on the reality TV show Love Island.

In an episode earlier this week, Bibby, who was coupled up with Strafford, complained that she had been ignoring him in favour of another contestant, Aaron Francis. He was then seen mocking her voice before throwing a pie in her face as part of a group challenge, later telling her that “I’m not the type to chase you like a little dog. I’d rather take you down a peg and have banter with you.” Bibby has since been voted off the show by his fellow islanders.

The following day, Women’s Aid, the national charity working to end domestic abuse against women and children, called out his behaviour as abusive and urged producers to take action. “Last night, we saw the development of Danny and Lucinda’s relationship and became increasingly concerned with his behaviour towards her on screen, including what looked like gaslighting, possessiveness, and manipulation,” it said. “This is not what a healthy relationship looks like. These are all tactics used by perpetrators of abuse.”

The statement continued: “We urge the producers of Love Island to recognise coercive control when it is happening on the show, as this is not the first time it has happened. Producers should step in when any form of behaviour is abusive, as abuse should not be used for entertainment.”

A spokesperson for ITV2 responded: "We take the emotional well-being of all the Islanders extremely seriously. "We have dedicated welfare producers and psychological support on hand at all times who monitor and regularly speak to all of the Islanders in private and off camera. All the Islanders are therefore fully supported by the professionals on site and by their friends in the villa. Islanders are always able to reach out and talk to someone if they feel the need. We will of course continue to monitor all of our Islanders in line with our robust protocols.”

Since its inception in 2015, Love Island has become one of ITV’s flagship shows, spawning merchandise, international adaptations and several alumni who have since become famous social media influencers. The show is a highly influential marketing tool and has become part of the nation’s consciousness, leading charities such as Women’s Aid to monitor it closely. 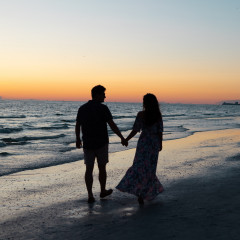 The charity Women’s Aid has called out the behaviour of contestant Danny Bibby on the reality TV show Love Island.