The Great Barrier Reef will not be placed on a list of world heritage sites “in danger” after a global lobbying effort from Australia against the proposed listing.

The 21-country World Heritage Committee has ignored a scientific assessment from the UN’s science and culture organisation, UNESCO, that the reef was clearly in danger from climate change and so should be placed on the list.

UNESCO will instead be asked to carry out a mission to the 2,300km reef in the coming months and Australia will need to send a progress report to the agency by February 2022 – earlier than a December 2022 deadline it had asked for.

Australia’s lobbying involved more than a dozen ambassadors flying from Canberra to Cairns, Queensland for a snorkelling trip on the reef. Australia – a major producer and exporter of coal and gas – initially won support from oil-rich Saudi Arabia and Bahrain, both members of the committee, to delay any decision on the danger listing until at least 2023. But after an interjection from Norway, the committee decided instead that the reef’s health would be considered again at next year’s meeting.

UNESCO’s call was the first time a world heritage site had been recommended to be placed on the ‘in danger’ list primarily because of the effects of climate heating.

Australia’s environment minister Sussan Ley said “Our concern was always that UNESCO had sought an immediate ‘in danger’ listing without appropriate consultation, without a site visit and without all the latest information, and it is clear that this process has concerned not only Australia but other nations as well”.

Environment groups in Australia were united in backing the ‘in danger’ call, alongside a group of celebrities and prominent figures including UK actor and activist Joanna Lumley, Aquaman actor Jason Momoa and Prince Albert of Monaco. 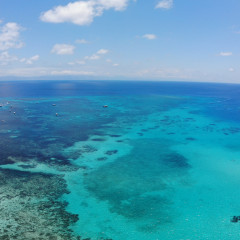 The Great Barrier Reef will not be placed on a list of world heritage sites “in danger” after a global lobbying effort from Australia against the proposed listing.