Tencent has announced that it plans to purchase the Sheffield-based video game developer Sumo Group for more than £900 million. The Chinese tech conglomerate already owns almost 9% of Sumo’s shares, and has said it received backing for the takeover from the holders of 27% of Sumo’s shares as well.

Tencent’s offer of 513p per share valued Sumo at £913 million, representing a 43% premium on the video game developer’s closing share price of 358p on Friday on the London Stock Exchange.

Sumo was established in 2003, and initially functioned as a developer for hire, working on other companies’ titles. It then began developing entire games, and has since produced titles such as Sackboy: A Big Adventure, Crackdown 3, and several Sonic the Hedgehog titles.

In a statement, Sumo chief executive and co-founder, Carl Cavers said: ‘The opportunity to work with Tencent is one we just couldn’t miss. It would bring another dimension to Sumo, presenting opportunities for us to truly stamp our mark on this amazing industry, in ways which have previously been out of reach’.

If the proposed deal is approved, Cavers, along with fellow co-founders, Paul Porter and Darren Mills, will continue to work in the business.

Tencent is one of the largest companies in the world, due in part to its ownership of the WeChat app, which is used throughout China as a social media, messaging, mobile payment and gaming platform. It has also invested heavily into the video game industry, and owns Riot Games, which develops the popular multiplayer online battle arena (MOBA) League of Legends, as well holding a 40% stake in Epic Games, which develops the online battle royale game Fortnite.

The proposed takeover of Sumo by Tencent would represent the second high-value acquisition of a British video game developer after Electronic Arts purchased Codemasters earlier this year for a reported $1.2 billion. 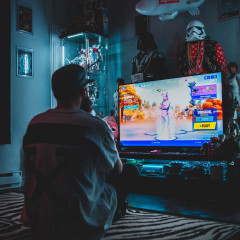 Tencent to purchase Sumo Group for more than £900 million