The Autorité de la concurrence accused the tech firm of refusing to seriously follow a mandate to negotiate with news organisations over the use of their content and material, and could lead to additional fines of €900,000 per day for Google.

Google has been issued a €500 million (£427 million) fine by the French competition authority for failing to negotiate ‘in good faith’ with news organisations over the use of their content.

The Autorité de la concurrence stated that Google had not taken orders to do so seriously, with this marking the most recent incident between tech firms and news organisations over the issue of global copyrights. Consequently, Google must draw up proposals on how it will compensate news agencies and other publishers for the use of their news. If it fails to do so, the tech company may face further fines of up to €900,000 per day.

In response to the ruling, Google has said it is disappointed, but will observe the competition authority’s decision. In a statement, the firm said ‘we want to turn the page with a definitive agreement. We will take the French Competition Authority’s feedback into consideration and adapt our offers’.

In 2020, the competition authority mandated that Google needed to negotiate deals with news organisations to show extracts of articles in their search results, news and other services, following France’s introduction of a new Digital Copyright Directive in 2019.

This Directive governed ‘neighbouring rights’ which are designed to compensate publishers and news agencies for the use of their materials.

As such, Google took the step of refusing to show content from EU publishers in France unless the publishers allowed them to do so without remuneration.

In a statement, Isabelle de Silva, President of the competition authority, said ‘When the authority decrees an obligation for a company, it must comply scrupulously’, adding that ‘Here, this was unfortunately not the case’. 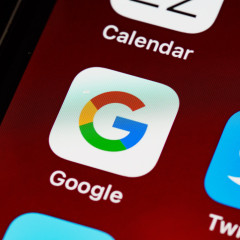 The Autorité de la concurrence accused the tech firm of refusing to seriously follow a mandate to negotiate with news organisations over the use of their content and material, and could lead to additional fines of €900,000 per day for Google.