Half of the festivals with more than 5,000 attendees have been cancelled this year.

As mass Covid vaccinations increase, restrictions ease and optimism rise about the new normal in the UK, we are reminded that festivals do not share the same promise. People are more cautious than ever about their health and the thought of attending a festival is no longer the main concern.

Following the news that the government was delaying lifting restrictions until 19 July, the Association of Independent Festivals (AIF) estimates that 51% of 2021 festivals have pulled the plug. Six weeks ago, a quarter had been cancelled, leading the association to issue a "red alert". Now, without updated guidance, from the Events Research Programme (ERP), more are delaying until 2022.

With all summer festivities being delayed until at least 19 July, the entertainment industry has suffered a horrendous blow. Glastonbury was the first notable festival to cancel, instead livestreaming performances for the masses. That trickled into April, and now into July, with many citing the ‘inability to obtain cancellation insurance as a factor’ according to the BBC.

More festivals have fallen foul of the four-week delay, with Kendal Calling and Truck Festival cancelling in the past week. “Without the necessary assurances and guidance from the Government, it’s become too risky for us to put the event on,” a statement from Truck Festival said.

Y Not Festival made the sad announcement on 1 July that they had "no choice" but to cancel this year's instalment.

Releasing an official statement on their social channels, organisers said: "It breaks our hearts to tell you that we have no choice but to delay this year’s Y Not Festival until 2022.”

“It has been the hardest decision to make and we were hoping that by this summer we would be in a position to celebrate with you all but, unfortunately, that isn’t the case. We have now been placed in an extremely awkward position." 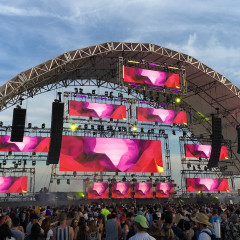 Half of the festivals with more than 5,000 attendees have been cancelled this year.