England left in mourning as they lost the Euro 2020 final after a penalty shoot out. Now, racist abuse dominates the headlines instead of the team's stellar success.

The country stood still last night as England and Italy played the last game in the 2020 UEFA European Football Championship at Wembley Stadium. A penalty shootout decided England’s fate, who eventually lost 3-2. Italy were victorious, and England was left reflecting on what could have been – having come so close to achieving a major tournament win for the first time in 56 years.

The team were confident entering this game, despite the strength of the Italian side. With the country’s support, managerial strategy and fresh players, there was a newfound hope laced throughout this year's game.

Luke Shaw’s two minute opener at the back post gave England the perfect start, but Italy showcased their superiority and experience, gaining control in the second half and equalising through Leonardo Bonucci’s corner at 67 minutes.

Neither side were able to snatch a deciding goal in normal time, and while extra time showed promise for England, they weren’t able to find a way through the Italian defence.

With penalties on the table, manager Gareth Southgate brought on the young duo of Jadon Sancho and Marcus Rashford at the last minute – both an integral part of the team's success this season. Unfortunately though, both would miss, along with 19-year-old Bukayo Saka, and all three are now victims of severe racial abuse on social media.

However, many high profile figures have come out to support the players.

"This England team deserves to be lauded as heroes, not racially abused on social media," said the prime minister.

"Those responsible for this appalling abuse should be ashamed of themselves."

England's players have taken a knee before games at the Euros to highlight the fight against racial inequality, and these attacks only serve to demonstrate why such action is necessary.

The FA said it was "appalled" by the online racism directed at the three players following the defeat at Wembley.

It added: "We could not be clearer that anyone behind such disgusting behaviour is not welcome in following the team.

Italy, the deserving winners, celebrate a 34th straight win under manager Roberto Mancini. This marks the nation’s sixth major trophy, adding the European Champions cup to their pedestal for a second time. 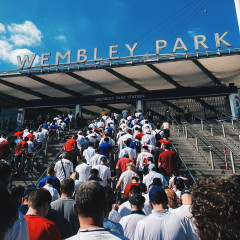 England left in mourning as they lost the Euro 2020 final after a penalty shoot out. Now, racist abuse dominates the headlines instead of the team's stellar success.