The claims, which were made by the technology website Fosspost, have been denied by the audio-editing software, which was acquired this year by the Cyprus-based firm Muse Group.

The audio-editing software Audacity has denied claims that its new privacy policy amounts to it becoming ‘potential spyware’. An open-source program, Audacity was first launched in 2000 and is popular with users worldwide for purposes such as podcast or music editing.

After being bought by Cyprus-based firm Muse Group in April 2021, Audacity’s updated privacy policy says that data can be shared with its Russia-based infrastructure company, WSM, in addition to regional law enforcement.

Audacity has said that the only data it exchanges with users is software updates and error reports, though there have since been calls from concerned users to uninstall the tool or revert to an earlier version.

Technology website Fosspost have also described the most recent version of Audacity as ‘possible spyware’.

In the scathing article, it is written: ‘One would not expect an offline desktop application to be collecting such data, phoning-home and then handing that data to governments around the world whenever they see fit. If you want to stay away from such things, then stay away from Audacity.’

Speaking to BBC News, Daniel Ray, Head of Strategy at Muse, said: ‘We don’t want users’ personal information - that doesn’t help us’. According to Ray, Muse intends to release frequent updates and alert users, while its updated privacy policy was a requirement for any software that sent any form of information back to its creators.

The privacy policy itself notes that Audacity collects ‘very limited data’ about users, eschewing ‘direct identifiers’ such as names or contact details. However, it may share the personal data it does gather with staff members, law enforcement, government agencies, auditors, legal representatives of Audacity, or potential buyers of the product.

Furthermore, while European user data is stored in Europe, it may ‘occasionally’ be shared with Muse Group’s headquarters in Russia. Ray stated that this was done in order to monitor signs of potential distributed-denial-of-service (DDOS) attacks.

Ray said that Muse Group are not intending to monetise Audacity, but rather ‘modernise’ it through measures such as releasing updates ‘every few weeks’. 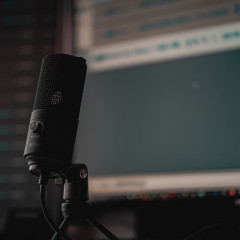 The claims, which were made by the technology website Fosspost, have been denied by the audio-editing software, which was acquired this year by the Cyprus-based firm Muse Group.