The social media company, which revolves around the sharing of content through images and animated GIFs, announced a ban on all advertisements that promote weight loss through their language or imagery.

The image sharing social media website Pinterest has announced that it will ban all advertisements with weight loss language and imagery, including those that idealise or criticise specific body types.

In a blog post released on July 1 2021, Pinterest said that the move would make them the ‘only major platform to prohibit all weight loss ads’ and encouraged others in the industry to follow suit.

The new policy has been developed with the guidance and advice of the National Eating Disorders Association (NEDA). As part of the change that will be seen on Pinterest, adverts with testimonials about weight loss products or weight loss, as well as adverts that reference body mass indexes (BMI) or other such indexes will also be banned.

However, advertisements that promote healthy lifestyles or fitness services will still be allowed on the social media platform as long as they do not ‘focus on weight loss’.

Elizabeth Thompson, Interim CEO of NEDA, said that the organisation had been ‘encouraged by this necessary step in prioritizing the mental health and well-being of Pinners, especially those impacted by diet culture, body shaming, and eating disorders’.

According to the advertising intelligence firm MediaRadar, $372 million (£270 million) was spent on advertising across TV, digital and print formats by weight loss brands. The firm also reported a 120% increase in year-on-year spending for weight loss advertisements on Facebook.

Pinterest has previously attempted to combat the sharing of pro-eating disorder content on the platform, and since 2015, has blocked searches for such content, instead directing users to external expert organisations. 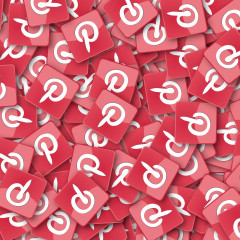 The social media company, which revolves around the sharing of content through images and animated GIFs, announced a ban on all advertisements that promote weight loss through their language or imagery.