More than 157,000 people have signed a petition calling on the educational secretary to stop funding cuts to arts subjects at higher education level.

A government proposal has suggested that the Office for Students cut funding for subjects in performing arts and creative arts, media studies and archaeology. Cuts will see a staggering 49% decrease for the 2021/22 academic year according to the Cultural Learning Alliance.

The proposed changes will see performing and creative arts courses lose £19 million in funding, dropping from £36 million to just £19 million. It will leave universities faced with the devastating reality of no longer being able to balance the books to deliver arts courses to a mass majority

The petition from the Public Campaign for the Arts demands that they reconsider the 50% cut and recognise the ‘value of arts subjects in education’.

Public Campaign for the Arts director Jack Gamble stressed the importance of the arts especially during the pandemic saying, "The arts enrich our lives, our communities and our economy too. In lockdown, millions turned to them to support their mental health”.

PCA head of strategy Nicholas Pitt added: "This is an attack on the future of UK arts, the creative potential of the next generation, and the people who deliver our world-leading arts courses.”

“Rather than segregating and devaluing the arts in this way,” he continued, “the government should maintain its important investment in creative skills, ensuring that arts courses are widely accessible and properly supported.”

There is a lack of clarity over what the government proposes to do with the arts but it is clear that existing inequalities will be strengthened if support isn’t given to universities. 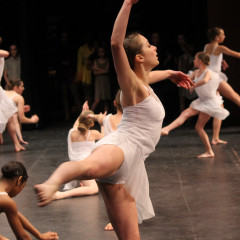 Petition against higher education arts cuts supported by more than 150,000

More than 157,000 people have signed a petition calling on the educational secretary to stop funding cuts to arts subjects at higher education level.