The Mendip district council has approved a 50,000-capacity show, with no overnight camping.

A licence for a limited Glastonbury festival in September has been approved, paving the way for a one-day event in lieu of the usual five-day celebration which takes place in June.

The approval comes after the council consulted local authorities and residents. Glastonbury organisers have yet to provide information on the lineup, ticketing, or the intended capacity, though the licence allows for up to 50,000 attendees.

Sandwiched in between these events is a family-friendly campsite on Worthy Farm that will run throughout the summer with no live music.

Launched in 1970, Glastonbury is the largest greenfield music and performing arts festival in the world. In normal years, it is attended by over 200,000 festival goers. Under the government’s Cultural Recovery Fund, Glastonbury received £900,000 to support it through to 2022 after its 2020 plans were cancelled due to the coronavirus pandemic. 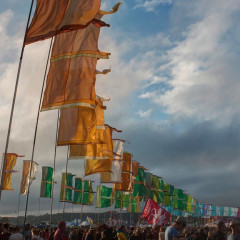 The Mendip district council has approved a 50,000-capacity show, with no overnight camping.