The government has been heavily criticised by high profile figures within the music industry over the continued lack of action and clarity over the Brexit touring case.

The government is under renewed criticism for the ongoing lack of clarity over touring rules for artists in a post-Brexit Britain.

Criticism began as the government failed to negotiate visa-free travel and Europe-wide work permits for musicians and crew members. This sparked fears that artists would be faced with huge costs of cancelled live music tours and greenlit shows would see hefty price tag for

travel and accommodation. As well as this, rising and developing artists could see their careers stall due to a lack of support.

David Martin, CEO of the Featured Artists Coalition, which is  a UK trade body representing the specific rights and interests of music, told NME that “things simply are not moving fast enough. The reality is that five months after the deal was struck, the music industry is no further forward.''

“While it may seem encouraging to hear Government representatives all the way up to the Prime Minister continually state that they are prioritising this issue, warm words won’t save artists’ careers or other music businesses.”

Martin’s words show the severity of the situation, with artists seemingly forgotten during the pandemic. But even outside of Covid-19, the barriers faced by touring professionals are real and potentially career-ending.

The music industry has decided to regain control by streaming an online summit –#CarryOnTouring’s We Can Work It Out – which has been created “to demonstrate support for touring professionals and artists,” whose livelihoods have been directly impacted by the UK’s exit from the EU. The summit has been organised by Tim Brennan, a music activist and touring freelance video tech, who also created the viral petition calling for the visa-free musician and crew passports post-Brexit.

Brennan has made it clear that the government is at fault for the abandonment of smaller artists within the pandemic, saying: “The big artists will have a massive entourage who will sort all of the mess out for them, it’s the little guys and the new bands who still stand to lose out on so much.

“There just doesn’t seem to be any form of clarity from the government in telling us what is actually going on. The government put a website out and all it really says is, ‘If you’re going to do this then you’d better check that everything’s OK.’” 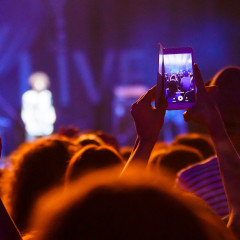 An inactive UK government are criticised for the Brexit touring fiasco

The government has been heavily criticised by high profile figures within the music industry over the continued lack of action and clarity over the Brexit touring case.