The music awards show will be held at the London O2 Arena and will feature an audience of 4,000 people as the UK government looks to test the viability of live events.

The BRIT Awards will be held on 11 May 2021 at the London O2 Arena. This year’s ceremony will take place with an audience, as part of the UK government’s pilot scheme for the return of live events.

4,000 people are expected to attend, with a large proportion of tickets allocated to key workers who have been on the front line in Greater London during the pandemic. Attendees will need to return a negative PCR coronavirus test before and after the event, but will not need to socially distance themselves or wear a face mask once inside the venue.

The awards ceremony will be hosted for the fourth time by comedian Jack Whitehall, equalling the record set by previous host James Corden.

As with previous years, performances from several high-profile artists will take place throughout the night, including Coldplay, who will perform their new single ‘Higher Power’, as well as Arlo Parks, Dua Lipa and The Weeknd, among others.

The rules of eligibility for BRIT Award nominees and the Mercury Prize were updated this year when singer-songwriter Rina Sawayama met with the British Phonographic Industry. This came after Sawayama was told she was not eligible for either prize as she was not a British citizen. Under the updated rules, artists are now eligible for nominations if they were born in the UK, a UK passport holder (including individuals who hold more than one passport) or have lived in the UK for more than five years. 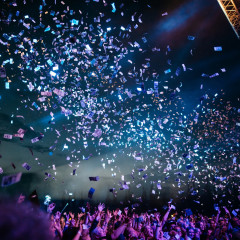 The music awards show will be held at the London O2 Arena and will feature an audience of 4,000 people as the UK government looks to test the viability of live events.